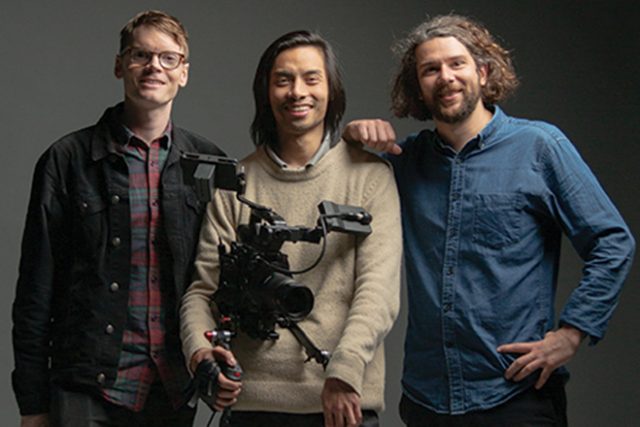 Louis Dai’s family came to Australia as refugees from Vietnam following the war. His parents spoke little English and secured work as tailors, settling their family in Footscray. He attended Westbourne Grammar, but a series of unfortunate events unsettled his family, leaving Louis without a stable living environment.

On his first day he met Lachlan McLeod and David Elliot-Jones, and the trio went on to become best friends. While working in hospitality, conversations with fellow workers clued them in to a concerning trend of international students being exploited by Australian businesses. It seemed like a story that needed unravelling, so the boys bought a cheap camera and set off to India to get to the heart of the issue. They pitched their resulting documentary to SBS in 2009 and the piece was accepted and broadcast.

“That’s where our lives took a turn,” says Louis. “It’s literally the point where everything changed and we started getting into film-making more seriously.” Louis, Lachlan and David formed production company Walking Fish and have gone on to shoot and produce documentaries around the world for a range of clients including VICE, Air Asia and noodle company Indomie. Their feature documentary ‘Big in Japan’, which explores the psychology of fame, streams on Amazon Prime and has been featured on international airlines.

Louis says ‘Storytelling is about shining a light on the stories that need to be told. A lot of the time, other people don’t have access to these stories, so [through film-making] it’s pretty cool to be working with a medium that allows you to access a story in such a deep and engaging way.