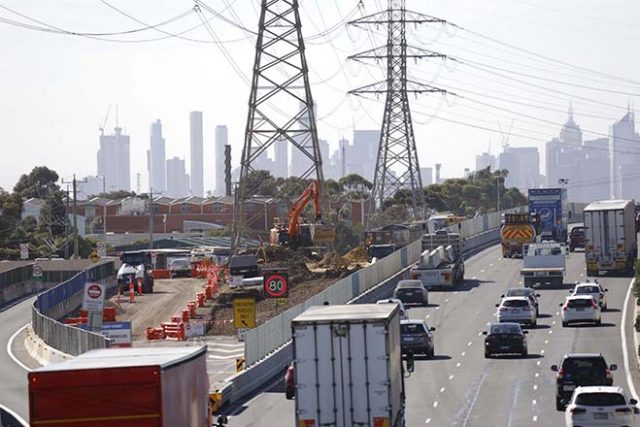 Roadworks are set to ramp up across Melbourne’s west this summer, and the West Gate Tunnel Project is urging drivers to keep vigilant and drive safe during the construction blitz. Melbourne commuters are familiar with construction scenarios, slowing down and detouring around roadworks, but Marcus Forsterling, West Gate Freeway precinct area manager for Transurban, says it’s important that people still pay attention and most importantly obey the changed road conditions.

“We know things like reduced speed limits around roadworks can be frustrating, but they’re in place for a reason – to keep both drivers and our workers safe while we build the West Gate Tunnel,” Marcus says.

“Even if you can’t see any workers around, it’s really important to still obey the signs and slow down. The road conditions may be different to normal with narrower lanes and no shoulders to stop on, so a reduced speed limit makes it safer.

Marcus explains that road conditions are going to continue to change in and around the project area for some time.

Why change the road conditions at all? Moving lanes, detouring traffic and placing barriers makes it possible to keep traffic moving whilst workers get on with the job.

Incidents are most likely to occur when first approaching roadwork zones, so having reduced speed limits (in advance of the work zone and throughout the site) makes it easier for drivers to navigate through things like narrowed or closed lanes, pavement changes and moved line markings.

During the summer holidays while the roads are quieter, West Gate Tunnel Project crews will work around the clock to carry out preparation for significant freeway widening works on the West Gate Freeway and the M80 interchange.

These works will bring the project one step closer to delivering four extra through lanes on the West Gate Freeway between the M80 interchange and Williamstown Road, and upgrading interchanges at Grieve Parade, Millers Road and the M80.

Crews will demolish and rebuild the M80 bridge piers to make way for the new lanes, build new entry and exit ramps and place more barriers along the freeway.

After the West Gate Tunnel Project summer blitz works are complete in February 2020, there will be brand new pavement on sections of the M80 interchange, Millers Road and Grieve Parade.

To find out how closures will affect you this summer, visit westgatetunnelproject.vic.gov.au