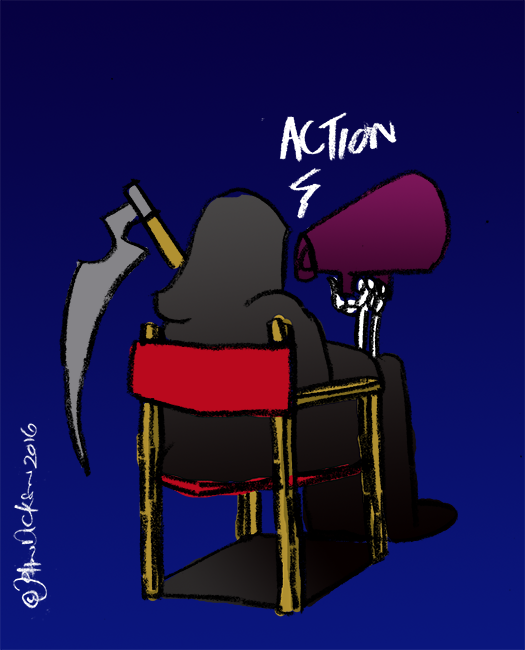 Across the land, around water coolers and over cups of assorted brews, the reality TV show acolytes clump and, with forensic fumblings, analyse the previous night’s shenanigans: ‘omigod this and can you believe that and what was she thinking and did they or will they and he’s a bully and she’s a bitch and I can’t wait’.

Meanwhile, in slick boardrooms, above the fray, faceless men [usually men] grin stupidly at the ludicrous amounts of money they are generating from tampering with the brittle psyches of the lumpen proletariat, as they turf them into contrived environments where societal norms have been reclibrated to tip and yaw and ebb and flow, in order to sate that little dark corner in all of us that glues our eyes to a car wreck. Did you see that!?

They eat their own

Californian writer, Sarah Gertrude Shapiro was a producer on the US version of The Bachelor. She suffered nine seasons with this aberrant take on human relationships, becoming increasingly undone by its perverse [but hugely popular] social engineering. Contractually, she had to leave the State to escape its maw.

She moved to Oregon, got a job with highly-respected creative powerhouse Weiden + Kennedy, and, over time, set about wreaking revenge. The television series Unreal is the bitter, bastard child of all that fomentation [look it up].

With co-creator Marti Noxon, Sarah breathed life into this beating-up of the most popular television form going around. So before we dip into its black heart, if you are a supplicant at the altar, arrayed on which tired celebs try to escape their faded talent by cooking blindfolded members of the opposite sex they have just met in a briefcase, on an island, near a pantry, this might not be for you.

No one gets away with a redeeming feature in this picking dry of the bones of the genre.

Forget the ‘contestants’. We already know that they are air-headed desperates, who, weirdly, believe that they can cash in Andy Warhol’s promise that everyone will be famous for 15 minutes, and are prepared to do anything to get there. I mean, anything. What are they thinking? Actually, most reveal a desirable incapacity for that basic human function.

Forget the ‘talent’. He has sinned elsewhere and has been coaxed into this mayhem with the promise of PR rehab and on to Celebrity Nirvana. And as a side, he will get to indulge any depraved instinct his reptilian brain coughs up.

Forget the producers. We watch through cracks between closed fingers while our queens of manipulation in the Control Room exploit the artlessness of their prey and guide them unerringly into the muck. How far will they go? Well [spoiler], they do let one die.

Forget the studio heads. They serve another agenda which reveals itself as a strictly boysie power struggle which stretches its tentacles far beyond this ‘pissant’ show and into spheres we have no business visiting.

Even the crew own up to being high on the scumbaggery meter. Witness the camera jockeys requesting a ‘kill list’ – the order in which the ‘contestants’ are knocked out so they can pick off the weak ones from the herd for their own carnal pleasures.

And all of this parade of base human antics is grotesquely hilarious.

And don’t for a second believe you are somehow more evolved because you get it. There is nothing lofty here – it’s the same guff that clutters the television horizon as far as our bleeding eyes can see, just by another name.

New episodes are being eked out on that blunt, single syllable network, Stan. Gobble the first series, if you haven’t already; have a shower, you’ll need it; queue up with the rest of us sad bastards and get ready to exercise the schadenfreude valve.