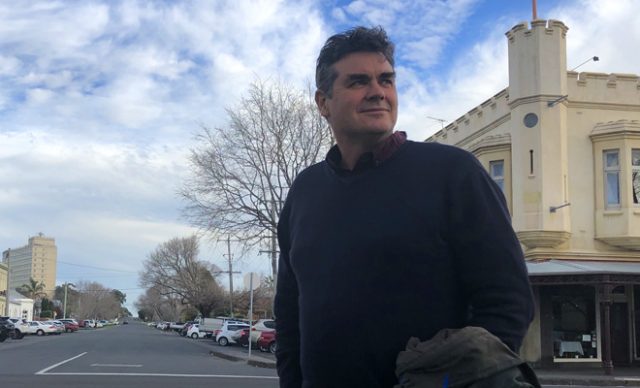 She-oaks can be traced back to a time before insects, making these gnarly trees one of the oldest species on our sun-drenched continent. At maturity and in good health, the She-oak’s sparse foliage meanders out metres forming a canopy, making an ideal resting place and welcome shelter from weather.

What more trustworthy a witness to the 65,000 years First People have lived, farmed, and until recently, flourished in law-based nations in our Great Southern Land?

This year, an exciting shared-history project in Hobsons Bay is shedding light on our First Peoples’ ancestral connection to the west. Over four sessions, First People guided a walk down memory lane, returning to an incident from colonial days with links to a ‘tribe of aborigines’. The intriguing 1850’s story centres around a She-oak fittingly called The Message Tree.

On weekends, Melburnians drive to Williamstown and spread out on lawns under towering elms in Commonwealth Reserve. There’s a fair chance scarce few appreciate the historical pedigree of their picnic spot: major port to a new southern colony, and once home to the Boonwurrung who lived here and gathered under a She-oak.

The Boonwurrung were custodians of country stretching from Werribee River to Wilson’s Promontory. They named their coastal haunt Koort Boork Boork after She-oaks that grew in clumps around the district. N’Arweet Boollutt was leader of the Yalukit Weelam Clan with a long history in the area. 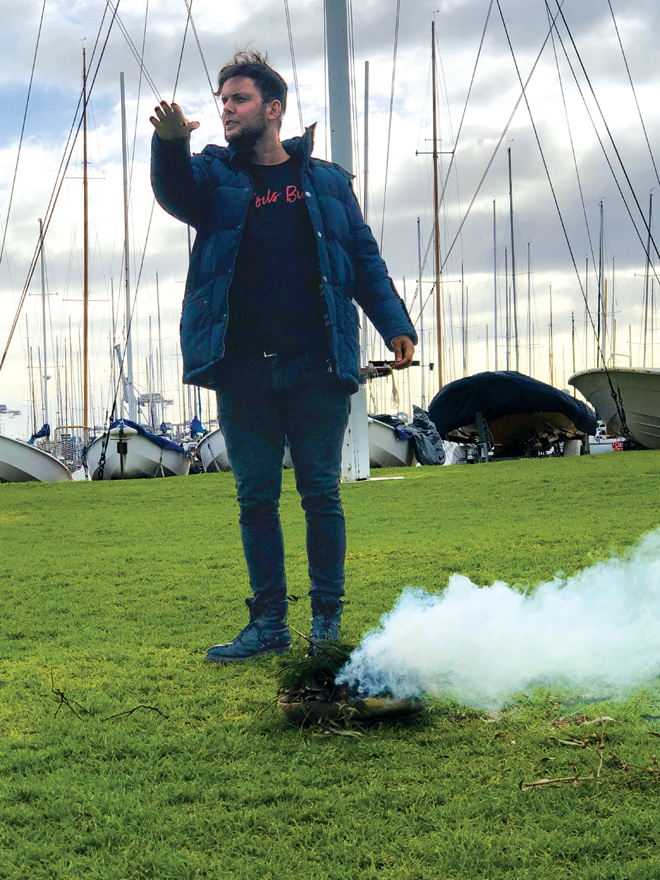 Life would never be the same after billowing sails began appearing on the horizon.

Farming of an indigenous sweet potato staple called Murnang was destroyed by livestock trampling the ground. Survivors were reduced to taking rice, flour or oats from colonists, and spearing sheep to replace disappearing, wild game. In no time, an indigenous civilisation was estranged from its way of life, ravaged by European disease and perishing.

She-oaks were sacred to a spiritual people, connected to the power, or ‘Moong’, of Boonwurrung men. Whenever a white settler took an axe to one, men felt unwell. N’Arweet Boollutt conducted ceremonies and held council around the She-oak close to the shoreline in Koort Boork Boork. An area that was once a Boonwurrung village and where sailing ships now unloaded passengers and cargoes.

To the first councillors of a town – named after the king of England, Williams Town – building roads was high on the agenda. And muddy tracks weren’t the only obstacle to progress. A She-oak that had seen better days lay in the path of a planned roadway. And fifty or more townsfolk were objecting to its removal. Get this: on account of the tree’s heritage.

Some said British pioneers posted notes on the tree, affectionately known as The Message Tree. Others wanted to honour the memory of ‘aboriginals’ who regularly gathered at the She-oak.

Among the campaigners was poet and teacher at a local school James Wallace, who wrote: ‘… long before this country was colonised it [the Message Tree] was held in almost religious veneration by the aboriginals; that it was beneath its umbrageous shade they held their councils …’.

Nostalgic residents walked away empty-handed. For First People it would be no different to other moments when colonial interests clashed
with theirs.

The She-oak was cut down to keep Nelson Place aligned. And the town got on with the business of welcoming the droves who now sailed to Victoria seeking fortune in Ballarat’s goldfields.

As for the Boonwurrung, only a handful could still be found living in Victoria: descendants of a girl abducted by sealers and shipped to Van Diemen’s Land. Cause to reflect that an ancient culture lasted only 30 years in their country after ships bearing a British flag first sailed up Port Phillip Bay.

The Message Tree Project brought together a diverse group that received funding from Hobsons Bay Council and included: Cultural consultancy Yalukit Marnang, Victoria Police, reconciliation group Get Up Out West and Spotswood RSL. They were joined by history enthusiasts, researchers and council officers.

There’s no doubting Greg’s scholarly grasp on history. And right now, as we chat in a noisy cafe looking out to Commonwealth Reserve, and to where the Message Tree once stood, he’s doing a damn good job as cultural bridge builder.

I ask about Williamstown before British settlement: ‘The First Peoples’ village?’

‘We’re sitting in the village,’ Greg says, pausing slightly. ‘And from a First Persons’ point of view – because time is a ball, not a line – we’re sitting with Boonwurrung right now. They could actually be right here, beside us …’.

He elaborates: ‘I believe First Nations People think and feel … there’s a different feeling of the place.’

Indeed, Greg is a walking shared-history project, growing up in the western suburbs in a working class family that fostered a young Indigenous girl. Greg’s sister cared for her toddler brother with a mother’s devotion. ‘She grew me up,’ says Greg, deliberately making his point as an Indigenous person might.

They remain close to this day, even though Greg’s sister returned to her Northern Territory family when he was only eight years-old. As a consequence of the ‘familial bond of love’ Greg shares with his sister’s family, he’s more acquainted than most to First Peoples’ experiences. Certainly close enough to understand a pattern of disadvantage and inter-generational trauma.

‘One of the things that’s missing is that when we tell our stories, First Nations People are invisible in their own country,’ says Greg.

A ceremony to hand over The Message Tree Project report to the mayor of Hobsons Bay Council was held at the Royal Victorian Yacht Club. Boonwurrung descendant Caroline Martin strode proudly to the podium, explaining the meaning of Welcome to Country and the Smoking Ceremony that son Jaeden had conducted moments earlier.

Greg believes there are countless stories throughout the west involving First Peoples. Some, which may add to our national conversation.

Work continues, in the form of an Alliance for Shared History. Next stop: 100 metres from the Message Tree where N’Arweet Boollutt performed a ceremony for one of the first white girls born in Victoria.

For more information on the Alliance for Shared History: ash.hobsonsbay@gmail.com