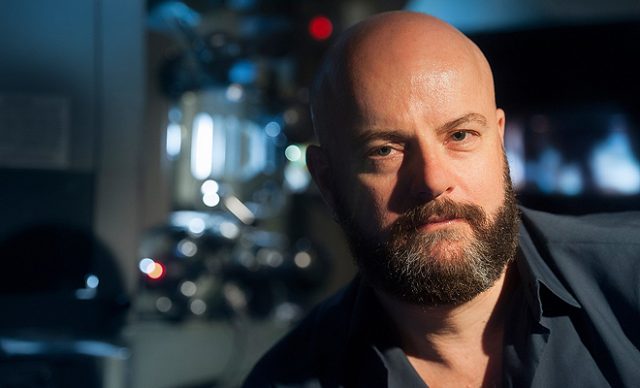 It’s been almost ten years since the movie business went through the biggest fundamental change in its long history. The transition from film to digital projection seemed to happen in such a clandestine insidious way, few people realised what had happened or what was being lost.

So as a filmmaker of nearly thirty years and a projectionist for fifteen, I was struggling with the fact that more than a century of storytelling technique was ending without a whimper; or so it seemed at the time. I remember going to work in those final days of film was like waking up from a nightmare to find your hands had been stolen. There came a point when I felt professionally moved to document what was happening in some way, before it was all gone.

It’s now seven years since I started this project and I’m finally nearing the end of filming. What has evolved is Splice Here: A Projected Odyssey; a feature length documentary that starts in Australia then expands geographically and thematically as it infiltrates a projectionists underground, meeting the great champions of projected film and lesser known characters behind the scenes. We discover how the digital revolution has not just changed the way we now see movies but is becoming a very real threat to how we will remember them.

It’s estimated that 50% of all film titles produced prior to 1950 have now been lost through neglect, poor handling or malicious mis-management and worse still is that 90% of the silent era is gone.

Despite the media’s hysterical cries of FILM IS DEAD a decade ago; digital projection has never really been a replacement for film. Yes; it is a new story telling tool with its own benefits and short comings and yes; it is the new work horse for the exhibition industry, but as an artistic story telling medium it’s like a painter saying there is no difference between working with canvas and concrete.

As I continue to project film for the Sun theatre through special 70mm wide screen engagements (beginning with the The Hateful Eight in 2016), I constantly see peoples surprise at how breathtaking a big format film presentation can look.

The proliferation of more and more specialised film festivals around the world honouring wide screen, nitrate and silent films (just to name a few) is witness to the fact that a new audience of film lovers is seeking out that genuine projected film experience.

Throughout the long production process for this documentary, the Sun Theatre and Spectre Films have been constant supporters as well as executive producers for the film. In 2018 myself and my cinematographer (partner in crime), Joanne Donahoe-Beckwith were joined by Ros Walker as co-producer and in March we raised $30,000 in a Pozible crowd funding campaign to travel to the Untied States for that all important leg of the story.

All going well and with additional government funding later this year, I hope to have this long adventure up on screen at the Sun in the first half of 2020.

To find out more you can visit the website at:
www.splicehere.website

See you at the movies.