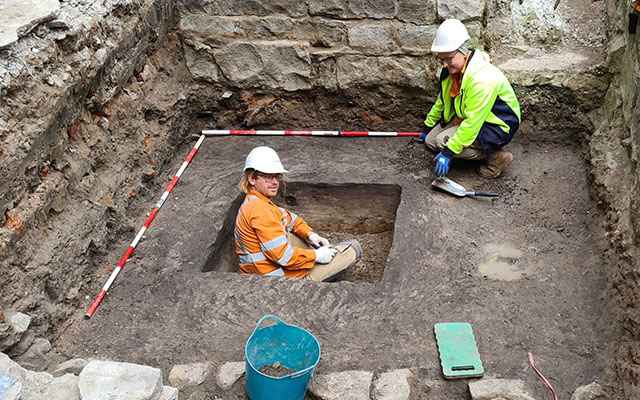 An ongoing series exploring unusual careers in the inner-west of Melbourne, by Belle Hann.

“Dinosaurs are not archaeology! That is palaeontology!” says Steve Skitmore, archaeologist.

Turns out it wasn’t the first time Steve has been asked about dinosaurs.

“It’s the number one question that people ask you as an archaeologist.”

While this was one misconception, I was pleased to learn that being an archaeologist is as fascinating – and as dirty – as one might imagine. 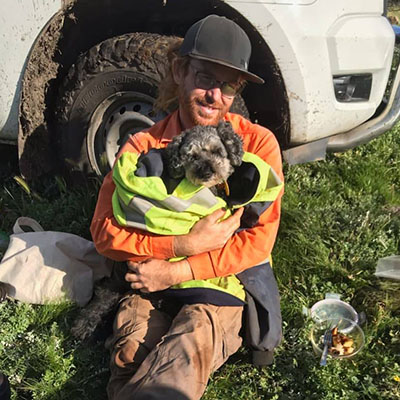 Inner-westie Steve works as a Heritage Advisor for Extent Heritage. An average day in the job involves digging with shovels and processing large piles of dirt. It is certainly not a job for people fond of clean fingernails.

“It’s one of the dirtiest jobs I can imagine. You are sitting in dirt, breathing dirt. Dirt even gets into my ears!”

With a team of archaeologists, Steve is currently working on a proposed site of a housing development. This is a compliance requirement for property developers, and involves working closely with Wurundjeri traditional owner group. Working alongside first nations people, particularly to promote native title, was actually an important factor for Steve entering the profession.

Steve was not always an archaeologist, and has a background in community services and environmental activism. Through several important conversations, he came to realise that archaeology had strong potential to partner with traditional owners in building the case for indigenous land rights.

“When archaeologists have worked with traditional owners, there have been some really powerful outcomes. When they find rock shelters that are 50-60 thousand years old, it gets in the national media. And suddenly it seems there’s a shift in consciousness where people in Australia go ‘wow, it is really old. that’s really special.’”

Since graduating with a Masters in Archaeological Science from ANU, Steve has travelled to some fascinating places. He has joined research teams in Arnhem Land and across the Northern Territory, with the invitation of traditional owner groups. He also conducted research on Groote Eyland, homeland of Warnindhilyagwa people in the Gulf of Carpentaria. Some of the rock art he has seen may date back to the Ice Age period.

While many archaeologists may dream of research trips to Egyptian pyramids, Steve is keen to stay within the Australian context. “My main goal is furthering first nations peoples’ claim to land.”

And despite lots of dirt and paperwork, he truly loves his work.

“It is an amazing job. Being an archaeologist is really about community engagement and working alongside people instead of just digging up heritage and bringing it to museums.”