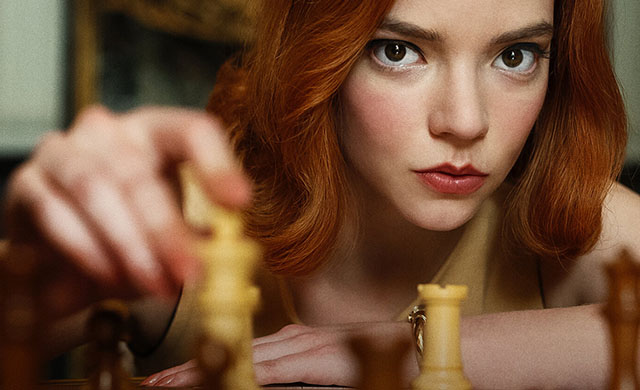 This Netflix series came out of nowhere; I barely saw an advertisement other than on the home screen of Netflix.

It’s an utter shame because it is simply brilliant. Who knew that a series based on the game of chess could be so captivating? Based on a book of the same name and directed by Scott Frank, it stars Anya Taylor Joy, who is an orphaned child with an extraordinary gift when it comes to chess. For some reason I believe Anya Taylor Joy is a chess champion, that’s how convincing she was as her character Beth Harmon. Along the way you discover that it is about so much more than just chess as the series explores the troubles she faces in her life. I do really want to say that you may want some understanding on chess, I know there are some people who don’t know how to play or what its like beyond your living room. I get that, but this series really delves into a world that no one ever sees. But beyond that it explores drug and alcohol addiction and how it effects Beth’s life. The only thing I have against this series is that the concept has been done a million times before, so it lacks some originality. To summarise I’d suggest you watch it – it’s seven roughly hour long episodes so it won’t take too much of your time. It’s easy watching, nothing too complicated and if you miss something it does not quite matter.