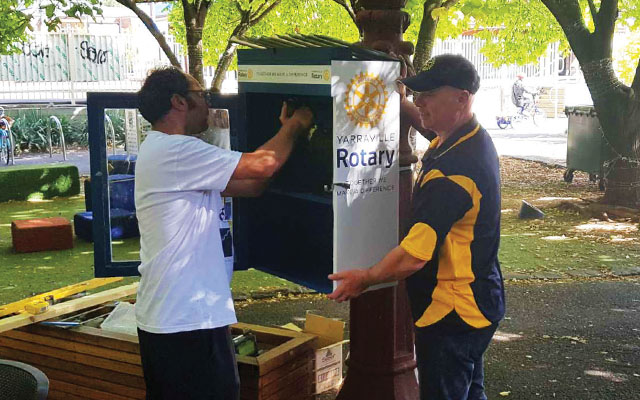 The Rotary Club of Yarraville was excited about the installation of a new Community Library, aimed at young kids. It’s located in the beautiful courtyard setting of Alfa Bakehouse in Yarraville village, and owner Chris Xanthis was more than happy to have this installed at his Café.

Yarraville Rotary President, Aaron DeBuhr organised another local Yarravillian, David Bramble to construct the Community Library, which he kindly did donating both his time and building materials.

The idea grew over time from a general brainstorm of ideas from with the club, driven by Aaron and other members passionate about providing learning and sharing opportunities in the community. For the past 7 years The Rotary Club of Yarraville has been a major sponsor of ‘Maribyrnong Councils Young Writers Competition’ facilitated through the Footscray Library. The program runs through a number of the local primary schools throughout July/August each year. 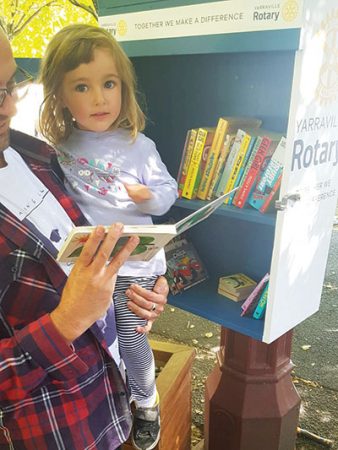 “When it was first suggested we build a Community Library, everyone was really excited by the idea and once we secured the location it was hoped all the kids would take full advantage of it.” said Aaron

But where do all the books come from?

“The initial lot of books came from Club members and through the Good Karma Network.” Aaron said.

“It was an instant hit with the kids when installed.” he added.

So, let the reading begin!

BRUNCH IN THE INNER WEST