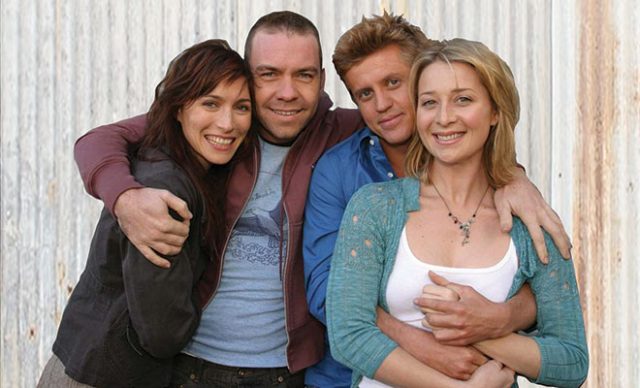 Channel 10 has added this iconic Aussie ensemble drama to their 10 Play app, opening the floodgates for us to binge all three seasons for free. Since its screening between 2004 and 2007 its reputation as a breakthrough moment for Australian television production has been well established, and its stars have gone on to spearhead wonderful projects both locally and abroad.

I remember at the time that the series was much lauded by viewers, and its success confirmed at multiple AFI and Logies awards ceremonies.

All of which is why it pains me so much to say… I really hated it.

Why you ask? Oh where to begin. For starters the plot is highly convoluted. Yes I know that’s how TV works, but unless your show is funny (Frayed), absurdly over the top (Bloom), topical (Safe Harbour, The Hunting), specifically centred on a series of events (Underbelly, The Slap), or a vehicle for an established star (Offspring, Squinters), it just feels painfully forced and fake. All of which can be forgiven if you have some endearing characters, but Love My Way really doesn’t, they’re all self-centred jerks who wouldn’t know the first thing about being a friend, parent or partner.

Even still a show can be saved if the viewer can at least recognise someone, anyone, or maybe identify with one or two characters. Nope – this was 45 minutes of watching a bunch of 30-somethings trying to play 20-somethings with a script that leaves us witnessing little beyond the early onset of modern entitlement syndrome.

How to explain all the awards and accolades? Well we do like to pat ourselves on the back for even minor achievements, and I admit we were starved of quality local content in the early 2000s. If Mystery Road, Deep Water or Stateless had been released then, the accolades would have been piled on them too.

In short, like a sad ex who is yet to grow emotionally and still smokes grass, Love My Way hasn’t aged well, and 15 years later it just plays out as a preview to everything that is wrong with people and society today.