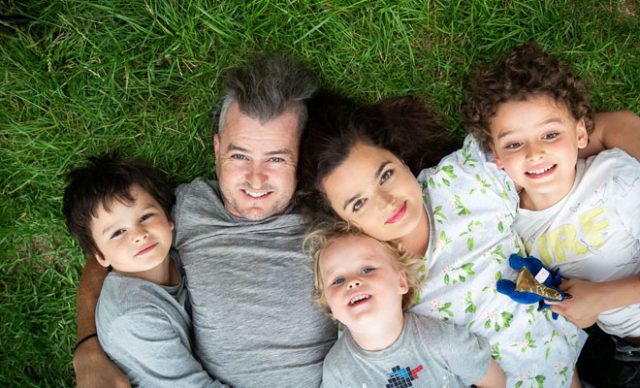 A human a month – Due to an alignment of the stars and planets – or at the very least the sharing of a common goal to promote the people of the inner west and their pursuits – Humans of SKY is partnering with The Westsider to bring you more stories about…. you!

I was born in the old communist Czechoslovakia in 1980, in the town of Pilsen, like the beer.

All the towns in the West have double names as 40% of the people spoke German originally before the Second World War. It’s Plzeň in Czech, and Pilsen in German. I’m the oldest of four kids, and have two brothers and a sister. I was always responsible for them, including the cleaning and gardening. In that era, you were not allowed to get christened, or have a second name.

We couldn’t just buy fruit and vegetable. We had bananas twice a year, and had to queue up. Each family would be allowed to buy 1kg of bananas. If my great-grandmother was in town, she’d go and queue up too separately. We would end up with two kilograms of fruit. At certain times, we’d have other exotic fruit like oranges and coconut. In any case, you couldn’t rely on shops; my mother grew everything herself.

Life was simple. There were a lot of people who couldn’t do what they wanted to do. My Mum’s family had a very bad political profile as her dad had worked in Skoda, and was really big in his industry. He travelled overseas a lot, and people in the village were bitching about him. They said he didn’t go to the communist party meetings, and wasn’t a true communist.

When the communist regime fell in 1989, I remember everyone was dinging their keys in Prague. I was nine then, and could study whatever I wanted to pursue. A Christian high school opened up, and everyone went ‘Woah! We have religion!’ Religion was previously forbidden, and priests were put in jail. There was now a new boom in all kinds of religion and I was one of the first students in a completely new system. I’m an atheist, but the school was very special. It’s still there. My whole family went there. I remember all the teachers shook everyone’s hands, and were so happy history could be taught the way it actually happened. I was a good student, but Mum kept me busy with my siblings. I had few friends, and was a weirdo.

Those few friends I made in those years have kept in contact with me all these years.

When I was in Uni, I was accepted into Drama and Acting on the other side of the now Czech Republic. The country was divided in 1993, and Uni was four hours away. I still went home every weekend. I speak three languages – English, Czech and French, and studied in Prague as an exchange student halfway through Uni, and did programs in the United States, Holland, Japan, France and the UK before I finished Uni. In my final year of Uni, I met my husband Julian. He’s Australian and was the manager of an Irish bar I worked in. It was full of international clients, and I was waitressing. I was the only one getting tips. All the other waitresses hated my guts, and I was getting more in tips than wages.

An Aussie in Prague is exotic. Czechs dress seasonally and have four different wardrobes for each season. Julian was walking around the cobblestones in thongs and Hawaiian print shorts, and it was 15 degrees Celsius. We started dating, but not long after Julian got a job in England. I said bye to him, but he asked me to go along with him, I thought he was crazy. Those days, 30km is a long distance, and I laughed at him. I remained in Prague to complete my studies. Somehow, we couldn’t shake each other off.

I proposed to Julian in Cairns, and he had to complete a divorce from a previous marriage to another Czech girl. We got married in an amazing 12th-century monastery near Mum’s countryside house. It was a big fat Czech wedding, and we danced till 4 in the morning. We relocated to Melbourne, and Julian moved back to Uni as a mature-aged student to pursue horticulture, which is what he does now.

I started my photography business in 2008. I was assisting fashion photographer Peter Coulson then, and when my Mother-in-law remarried, took the photos for her wedding. She has always hated her photos, but she loved mine. I was also pregnant then, and started taking photos of my own kids, and found real-life photography fascinating. It took me years before I realized pole dancing photography is something I could turn into a business. I loved the creativity that it allows, and there is no roof to it. There are many beautiful dancers who are keen to be photographed, and I know the craft, as I do it myself!

As a Kingsville resident, I love Willow café. You can often find me along Williamstown Beach or the Botanical Gardens, or Newport Lakes for family photos. I love Altona Beach for Pole & Hoop photos, and all the new stuff along Maribyrnong River.

For the full story of this abridged version, head to humansofsky.com.au. You can catch up on more Human activity via facebook.com/humansofsky and Instagram @humans.of.sky