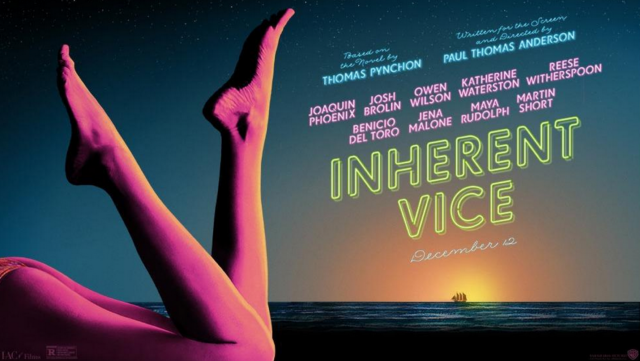 Set in LA in 1970, the film – based on the Thomas Pynchon novel of the same name – is a hilarious take on the counter-culture and individualism that arose underground, amid political oppression in America.

Joaquin Phoenix plays ‘Doc’, a permanently stoned, sandal-clad private detective pursuing an ex girlfriend’s lover’s wife.. I think. To be honest,
I gave up trying to follow the plot early on. The storyline was about as coherent as the film’s characters, who were all off their nuts. To be happy
with the film, you’ll have to accept that the plot jumps around with the attention span and unique interests of the right royally ripped.

Give it a go for some trippy hippie nonsense and to see Phoenix’s emotional range as an actor. I reckon he had a lot of fun making it, and while we’ll never know if he inhaled during the film’s production, it’s true he once changed his name to ‘Leaf’.