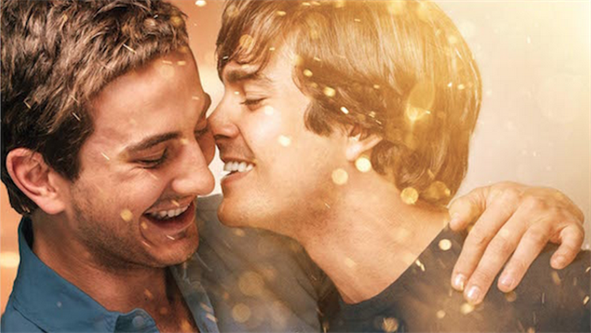 I have sat in some bad seats, but the bad seat I sat in for the premiere of Holding The Man is among the most mashed-against-the-wall, so-close-the pixels-are stroke-inducing, neck defying seats I have ever occupied. To be totally honest, I
was preparing to come back for another session. But I could not leave my seat.

Sure, I had to perform the odd stealthy (cinema courteous) yoga shape to keep the circulation advancing, but nothing was going to prevent me from Holding The Man. In a climate of obstinate political parties believing they can define the
type of love that is normal, and (apparently) this ‘other’ love which falls outside their superstitious boundaries, Holding The Man is not only an important film politically for the time, but is so satisfying realised on every level of production that it is a work that the Australian film industry can really be proud of.

And in all it’s seriousness, Holding The Man is still hysterically funny, thanks in large part to the cracking writing and the natural chemistry between main actors Ryan Corr and Yarraville local Craig Stott. A beautiful story that expresses the sentimentality of love, obstacle and existence.