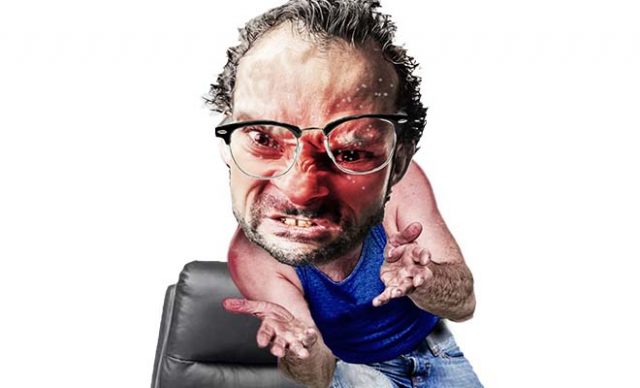 What a month it has been in The New Suburb. Winter is a upon us, and acres of puffer have spread over the parish. A plague of Michelin people scurries about the village be-hatted and gloved, frown-squinting at the sky as if this facial contortion might somehow squeeze out and away the propensity for the rain that this season always delivers. I am convinced that the combined thermal output of this ubiquitous garment should provide sufficient ambient heat to keep us all toasty until early September.

The age-old axiom that politics and religion should never be discussed in polite company, holds. When I say ‘polite’, I mean perhaps Bestie and I accepting an invitation from Next-door Barry and his ‘good wife’ [his term], ‘Glad’, to ruminate over the election results while enjoying a ‘glass or two of something’, might not have been the choice I would make if I had my time over again.

Cards on the table; I am of the left. A spruiker of a fair day’s pay for a fair day’s work in a safe workplace where equality of opportunity and recompense reigns. I am a huge fan of a free, universal, and secular education; state-supported health and dental care; a welfare system that ensures no one is left behind and a dignified retirement free of worry. For everybody.

It was Bestie who inadvertently lit the wick. Two chardy’s in and the pedal slackens on Bestie’s braking system. She ricocheted off Next-door Barry’s quip that ‘those teal sheilas need their men to pull them back into line’ and drove over him in his own lounge room. I recall words like ‘unreconstructed’ and ‘misogynist’ and ‘Cro-Magnon throwback’ being cast about as I squinted briefly over the rim of my glass to note Next-door Barry’s head begin to inflate and Glad undertake a tactical retreat under cover of the timeless phrase ‘can I get anybody anything from the kitchen?’.

N-dB then turned his attention on me. Arms crossed, eyebrows inspecting the crown of his head, he stared at me wide-eyed. His complexion had turned some startling shades of red and purple with highlights of sweat beads. Had I been able to drag my attention away from the big telly where the routing of the Tories was almost complete, I might have feared for his wellbeing.

I might also have noticed that Next-door Barry was waiting for me to pull my woman into line.

He must have quickly realised that was never going to happen and, after what seemed like an age of jabbing at the controls, his recliner began to motor him up from full recumbence. Too slow to assuage his anger, he attempted to raise himself off the chair which only served to tilt it forward and propel him across the room and into the kitchen. The door slammed behind him and remained that way.

‘Awkward,’ said Bestie, as the big telly went dark and silent, the lighting failed and the heating ground to a halt. Through the window we could see N-dB, his torch identifying which circuits in the outside switchboard he would have to leave on to guide us to and through the already-opened front door and into the democratic night.

Both Bestie and I are of an age where dentists peer into our gobs and rub together their rubbery hands with glee. To us, dentists are like policemen. They are all twelve years old, and we remain baffled that they are capable of the intellectual heft to attain the Licence to Print Money they all hold.

‘Ha!’ scoffed my own ivory plunderer when I accused him of being a scientist and demanded some answers to some complex curiosity I had encountered in my meanderings.

The only association with mechanics I could observe, I told him, was his imperative to maintain the lease payments on his new Tesla [‘the long-range model, it’s worth the extra $10k…’].

‘You’re funny,’ said Dr Spit, and then silenced me with a rubber dam that isolated the tooth that needed his attention and strapped my jaw into a contortion that denied speech of any kind.

‘Just signal with your hand if this becomes too painful,’ his distracted nurse interrupted her texting to advise.

I am the beneficiary of the antics of a university dental school. My high school fed the university’s inexhaustible demand for mouths to be exposed to the impudence of fledgling dentists whose skills were ‘developing’. We were over-serviced. Perhaps because it was free, our grateful parents allowed this sabotage to flourish.

Decay that today would be treated with the equivalent of keyhole surgery was in those days ground out with the pneumatic drills borrowed from roadside workers, leaving a fragile shell to contain the half-ton of pebble mix trowled in to replace the exhumed dentin.

In my jaw, these slim walls have now begun to crack, necessitating the placement of a crown over them to ensure they go the distance.

Dr Spit estimates I have eight of these varmints in my head. He said I have a choice: crown them or pull them. There was no middle ground.

I’ve had a tooth pulled within living memory. Oral Surgeon was new to the task. My tooth was deeply embedded.

Oral Surgeon did all but jam his knee into my chest to get leverage. Eventually he won the battle of the recalcitrant tooth, leaving me with an infection that provided some weeks of ascending discomfort. Later, on returning to Oral Surgeon’s practice to bang some desks and demand reparations, I discovered the lights were out and OS had skipped town.

I swear he then glanced out of the window at the carpark.

I love libraries. There is one in the New Suburb. Much like every other suburb. Once New Suburb Library got wind of my presence in the parish, they invited me to entertain the offspring of our yeomanry with a reading from one or two of my books that I have cunningly crafted for children.

The main reason I love libraries, however, is the same reason why all Australian authors love libraries – Lending Rights. This means that every time one of my books is borrowed from a library, I get money. It’s not a great deal of money per, but many pers make a decent whack. I believe some writers depend on this stipend to keep body and soul attached to one another. Good writers. Worthwhile writers.

I don’t. Otherwise, the feeble windblown strands that connect those two essentials of my life would long ago have ruptured and I would be viewing all of this from high, high above. Or below, which is more likely.

This is an indictment of the Australian market for native scribblers. Royalties from sales are mean. The market is small, and most scratchers are on contracts that net them between 10% and 20% of sales income. Unless you are you-know-who with vast international acclaim, you’d better have a side hustle collecting trolleys for Woolies [or equivalent].

Nevertheless, I encourage you all to borrow books from libraries with febrile intensity. Make a game of it for the whole family. Borrow Australian books [particularly mine], exit the library and dump them in the return chute, go back around and do it again. For as long as you think that this is a fun game. Then take them home and read them. Most are quite good.

Schools and other educational-type institutions are in on this as well. And, kiddies, the same game applies.

I chose my first born ‘Have you met Scribble?’ to dazzle with my skilled raconteurary [not actually a word] the five restless twinkies arrayed in a triangular shape before me. That is, except Adrian. Adrian sat at the head of the chevron and quickly identified me as a fraud.

‘This is rubbish,’ was his thoughtful critique just three pages in as Scribble wondered whether ‘fish get cold’.

Karen turned to me with a what-can-you-do-when-you-have-a-genius-for-a-son shrug and informed me, ‘He’s in the very top percentile for intelligence, you know.’

‘I could have written this,’ Bright Adrian added.

And that’s when I lost my audience. The quartet behind Bright Adrian rose with him as one and followed this puny pied piper to the computer terminals where a game I cannot comprehend, beckoned.

‘You can borrow ‘Have you met Scribble?’ and take it home,’ I feebly pleaded to their tiny backs…

Bestie always parked her 1985 Toyota MR2 – the model with the single overhead camshaft 1500cc four-cylinder donk mounted transversely in the chassis – on the nature strip. She loves this dinky toy unconditionally. Anyone foolish enough to make some inane inquiry about ‘Freda’ [yes, she has given it a nickname], and neglects to quickly move on, will receive a testing drone on its unique characteristics and spectacular advantages.

Bestie is evangelistic about this rusting roller skate, which she insists is a ‘sports car’, and is certain that all who lay eyes upon it should feel similarly. She is wrong.

There is a small but active cult in these parts whose single purpose is to ensure all parking requirements of parish by-laws are strictly adhered to. Without exception.

As affronts to decency go, parking on the nature strip resides second only to leaving your vehicle’s nose or tail encroaching a driveway. That is unforgiveable. Add to this, the People Against Poor Parking [PAPP – I don’t think they thought through this acronym] equate a woman driving a ‘sports car’ with a disintegration of standards unheard of since a glimpse of stocking incited the building of a pyre to toast the sinners.

This morning, the motorised skateboard, in its usual spot twixt gutter and footpath, was covered in paper. Each anonymous page circled in red texta the by-laws that had been infringed upon and allowed veiled threats that should this affront to Good Order continue, steps [unspecified] would be taken.

I thought a bear trap, dug as a moat around the ‘roided-up wheeled rodent and filled with used sump oil might serve as a sharp lesson to these after-dark cowards as they tumbled into its murk, but Bestie told me to pull my head in as these citizens ‘were doing the very best they could within the cognitive limits nature had provided them’. Besides, the presence of flammables might be a temptation too hard for them to refuse.

Freda is now parked in the driveway of our unit. It is a driveway shared by a similar establishment at our rear. This dwelling is owned by a belligerent octogenarian who does not drive but insists on a clear line of sight to his mailbox, which receives no mail. But one day, it just might.

I await the ripening of this new skirmish with something less than pleasure.

On some days, absolutely nothing happens.

BESTIE CRUMPETLEAF AND I VERSUS THE NEW SUBURB PART III