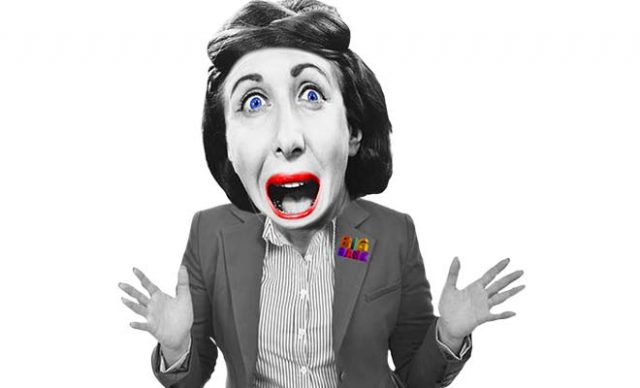 Bestie Crumpetleaf and I are grudgingly beginning to like the New Suburb. It is small, delicate, and beautifully formed. It is so intimate and decent, it might one day become the subject matter for a Randy Newman song. Here, it is 1964. The villagers are ‘folks’ and want to engage in polite conversation as they make their eccentric perambulations around the parish. No talk here of politics [private] or progressive tinkering with our society [abhorrent!]. Just a quiet word about the length of one’s lawn and wouldn’t it be better if one parked one’s car on the roadway.

As Bestie and I patiently await progress [glacial] in the building of our new home in rowdy distant suburb, we are tolerated as a temporary tear in the space/time continuum. We will one day become a mere footnote in the legend of the New Suburb under the heading ‘I wonder whatever happened to…’

Until then, there remain some encounters worth recording…

I am not a bank man. I have some deep-seated reservations tucked into my black heart for these usurious institutions. It’s one-way traffic with them, wrapped in cloying faux-love and flat-out lies. I remember the time they worked for the privilege of protecting my savings. With an honest interest, both emotionally and fiscally. Now I work for their profits. And they are substantial.

How often do we hear of how Really Big Bank announced an angsty drop in profits of hardly any of the $Greedy Billions it made in the first quarter? While we reaped 0.00001% interest on our pathetic savings. And the fees for this and that, and that and those. But they won and we lost.

I had an issue. I had paid Crisis Frank the $50 I owed him. I used Pay ID on my phone. Always worked in the past. Not this time. The pineapple had drifted into digital waft land and Crisis Frank began to wonder out loud why it hadn’t arrived in his Post Office savings account. Or his transaction account, or his term deposit, or his fixed interest, or his blah blah blah.

Crisis Frank is not short of a quid. Never will be. Because he always knows where every razoo is buried. And they are myriad.

Trouble is, Crisis Frank is not entirely across the digital banking ecosystem.

So today, I visited New Suburb’s local Really Big Bank branch. This was clearly a simple matter that could be righted in seconds.

They didn’t particularly want me there, but sometimes life just sucks. Friendly Jane suggested I take a seat and my enquiry will be attended to at any minute. Your visit is important to us.

In the meantime, Betty and Roger leaned over Friendly Jane as she settled behind the Perspex shield and offered this rattled couple her full attention. They had been waiting weeks for their mother’s will to finish with probate and be released to the Really Big Bank, allowing the pair access to amounts unmentioned, but probably considerable. They had urgent uses for that coin.

Clearly, it had been an exhausting ordeal because Betty was very cross with Really Big Bank’s dragging of feet, despite it not being within the Bank’s purview. Roger decided he should just be menacing, and from my viewpoint he was succeeding. He was tall, he was wearing black, he was wearing wraparound shades.

Behind the counter, Friendly Jane was doing her level best to dial down the heat. To no avail. Betty was having none of it. I suspect Betty had an unseemly habit that needed urgent attending to, but that is mere speculation. Perhaps the yelling, perhaps the slapping of the counter, perhaps the tossing of papers various in Friendly Jane’s face had convinced me of Betty’s dark secret. Perhaps it was my imagination…

Diminutive Woman walked in. Roaming concierge, Friendly Simon asked after her health and her business in that order. She had some real estate finagling to do and needed it done, well, now. If not sooner. Friendly Simon offered Diminutive Woman a seat for ten minutes which would be absolutely free of charge. No, she would prefer to be attended to immediately. Friendly Simon’s obsequious reassurance that help was on the way fell on deaf ears and Diminutive Woman turned for the door, allowing some agricultural epithets to float in her wake.

A bearded youth wanted cash. He didn’t want to ‘piss around’ with the outdoor hole-in-the-wall teller machine. He wanted a ‘real teller’ to give him some ‘real #@!%ing money!’. Friendly Simon said he could arrange that if Bearded Youth didn’t mind waiting for a few minutes. Bearded Youth did mind and chose to slap around the outside auto teller machine instead, replete with invective-laden commentary.

Forty minutes later I was summoned to the counter, slightly annoyed because Wordle was proving intractable and I was five rows in. However, in light of the above, I was determined to be reasonable. I complimented Friendly Jane on her patience in the face of inexcusable behaviour and asked after the general mental health of staff in this apparently toxic workplace.

Her face froze. She took a step back, her eyes widening, her hands raised.

‘Are you from the media?’ she hissed.

‘Well, I do a little media work but…’

That was enough for Jane. She summoned now-not-so-Friendly Simon with what I can only assume was a secret Media Alert Signal which allowed Simon to deploy his imperceptible voodoo to bring forth a large security human who placed a substantial paw on my elbow and guided me through the main doors and into the street.

Over the top of my protests and denials, he offered this admonition: ‘If you would like to submit your questions in writing, we will be pleased to consider them and send you a response within 30 working days.’ And left me there fish-mouthed and gasping.

I shook it off, went to the outside auto teller machine, allowed Bearded Youth to complete his transaction and twenty minutes later withdrew another $50, placed it in an envelope and addressed it to Crisis Frank. The digital economy can wait.

I ride a bike 20k at least twice a week [virtue signalled!]. Sometimes thrice [double virtue!]. Bestie casts palm fronds before me. But she doesn’t ride. Knees are not up to it. Unless you like the bone-on-bone orchestra.

Bestie’s theory on golf – ‘why?’ – transfers neatly to the velocipede. But she will join me once the exchequer confirms funding for the electrified option. Soon enough.

They need to know I’m coming. Those joggers and walkers and pram pushers. Partly good manners, partly fear of vexatious litigants, I ring my bell and announce my presence.

Bevan may or may not be his name. I have allowed him that moniker because he exhibits the same plodding determination an old workmate had. A fierce insistence on locomotion, as if by continuous movement his indifferent attachment to the world will never be plain to see.

The Bevan [surname withheld] of the origin story was a flat-out bludger. He claimed credit for everything and responsibility for nothing. He was out when he was needed in and in when needed out. He took when asked to give and gave vacuity, fatuousness, and inanity when silence would have been preferred. He was witless, guileless, and naive. In short, he was destined for greatness. Also, his father owned the business.

‘Morning’, I offer this Bevan, and he gives me the finger.

I continue my circuit: 10k out, 10k back. Some hills, Some dirt. Some water. More virtue.

There’s Bevan coming back the other way. He stops. He stops me. By the simple expedient of standing in my path and raising his hand, as if swearing an oath.

My helmeted head and deeply tinted shades are clearly confusing him. The windows to my soul are invisible so can tell him nothing.

‘Bevan [surname withheld],’ he splutters, squeezing limp digits from the tube of his Gazman shirtsleeve, offering a flappy, sodden handshake.

‘Pass,’ I say, climbing back aboard the Giant Mountaincrusher and pedalling towards the fresh hope of a new day.

Back in Barney’s ‘Compleat’ Market and Emporium today for some gooey stink cheese and a sleeve of crackers.

I know I am masked because The King stands in front of me and tells me.

‘You don’t have to wear a mask anymore,’ he adds.

I smile a weary smile from behind my P25 and return to my shopping, hoping the crinkling around my eyes will offer sufficient evidence of my benign reluctance to engage. It doesn’t.

‘Are you trying to show us up?’ asks The King, parking his shopping trolley between me and the Royal Galas I have just decided would provide me with a buffer against visits by the medical profession.

‘How about you do you and I’ll do me,’ I suggest, madly crinkling like cheap wrapping paper.

[The King, I later discovered from Next-Door-Barry, was born Arthur LaGuardia but had anointed himself with the sobriquet ‘The King’ on reading The Knights of the Round Table as a teenager. This only served to isolate him from his peers who were more concerned with the mechanics of fossicking about with real and imagined sexual play than they were with some ancient tale of derring-do. The community, who believed a nickname had to be earned, not colonised, eventually surrendered to his vanity, largely to end his tenacious and tiresome correction of any who dared to call him ‘Arthur’. It was this intransigence that he was deploying against me at Barney’s.]

But The King wants to do me as well.

‘Can’t you read?’ he insists from a reddening face. ‘Don’t you have a telly? Surely you have a wireless. It’s over.’

Fellow shoppers are beginning to gather around us, keeping a respectful distance in case things get out of hand, curious to see where this is going. From the corner of my eye, I see a worker reach for a wall phone.

I try to fact The King.

‘Today, from the wireless, I learned that 10,000 more cases have been reported in Victoria. I was told 14 people had died. There were 80 patients in intensive care, eight of whom were on ventilators. The number of active cases in our State was north of 50,000. I don’t think it’s over. I wish it was. Until I’m sure, I will continue to wear a mask.’

‘Fake news!’ shouted the now apoplectic monarch, waving the cucumber he had snatched from a handy pile.

Our audience takes a step back. At the end of the long produce aisle, a door bangs open, and Barney begins to stride towards us.

‘Give it a bone, Arthur,’ said Chardy Mary [see chapter one], wearing a mask as a mumps bandage, driving her trolley with its ballast of bottles between us. Barney sees this intervention, turns on his heel and retreats to his office. Such is Mary’s power.

Mary introduces me to her brother. The chastened sovereign offers a limp handshake. I bump his flaccid knuckles. The King is dead. Long live The King.