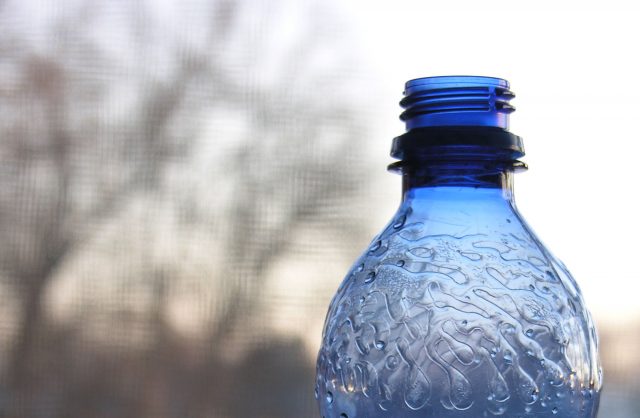 Bottled water has now become a part of our culture – another average common item on a desk, next to the computer and the telephone. In a bid to stay hydrated, many of us spend a lot of money buying bottles of water. But what else is it costing us?

Plastic bottles are generally made of two sorts of plastics – polycarbonates made from Bisphenol A or BPA, and PET made from polyethylene terephthalates. BPA is known to leach from plastic containers into their contents. This chemical was detected in the urine of 95 per cent of humans sampled in the US – including pregnant women – with higher levels in children, so we are all exposed. This should raise a giant red flag, experts say. BPA is structurally similar to some sex hormones and has been recognised as an oestrogen mimic and disruptor. Simply, most plastics are made of long chains of hydrocarbon molecules built from simpler blocks called monomers. Experts say when plastics break down they release small amounts of monomer chemicals and ingredients. This process happens more quickly when plastic is heated; for example, when a bottle is left in a car. On a hot summer’s day it’s worse than a normal sunny day.

In terms of health impact: Scientists say BPA has been linked to health problems including developmental and reproductive concerns, infertility, obesity, hypertension, diabetes, thyroid concerns and central nervous system problems such as attention deficit disorder. Breast and prostate cancer have also been reported in some animal studies.

In terms of financial impact: The price of bottled water is tremendously high compared to tap water. It also varies wildly from country to country, dependent on what produces believe the local market will pay. The production cost of one bottle of water, whatever its capacity, is extremely low: under 0.05 FF for one bottle of Evian. Most of the price of bottled water consumers actually pay corresponds to its costs associated with plastic bottle, lid, label, transportation, marketing and retailers’ profits. Bottled water ends up being an average 500 to 1000 times more expensive than tap water.

In terms of environment impact – Landfills and the litter stream: Bottled water, like any other industry, is not exempt from environmental impacts. Although plastic bottles are recyclable, many end up in landfill and take up to 1000 years to break down. When littered they often end up in the sea where they break up into small pieces and can interfere with wildlife and ecosystems.

Lessons from other communities:

Does banning water products in plastic bottles sound outrageous to you? Un-Australian? Well you might be surprised to know that Bundanoon in NSW was the first city in the world to enact such a ban. Furthermore, there is not enough space here for me to list all the cities across the world that have banned either the use or sale in some form of plastic bottled waters, but it includes; San Francisco, Toronto, Seattle, Vancouver, Liverpool, Miami, and many other smaller towns and universities. More will follow as many campaigns are underway across the world.

So, what should you drink?

In many cases, bottled water is an alternative to tap water. Consumers think it tastes better than tap water, perhaps it has no chlorine taste, or they perceive it as being safer and of better quality. They also look for safety – food scandals in industrialised countries and water-borne diseases in developing countries have a great impact on their attitude. Bottled water is perceived as pure and safe, although it is not necessarily the case. However, in Australia people should not be worrying about tap water, which has a proud record as one of the purest supplies in the world. You can safely drink Melbourne tap water. Hence, drinking tap water means – save money, save environment, save yourself and your family.