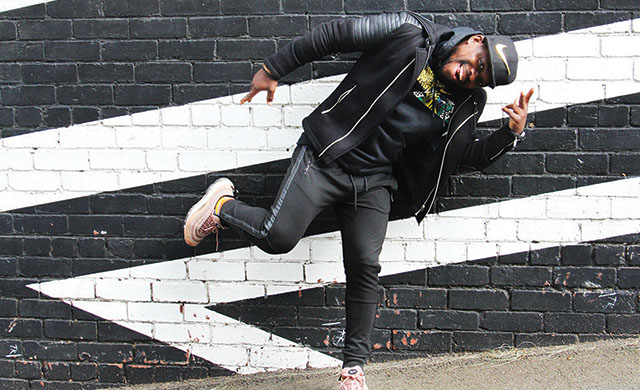 Born in Nigeria, Dagogo Obogo is a talented dancer and choreographer, with his craft taking him all over the world – teaching and performing in more than 15 countries. He has received wide acclaim for his show stopping talents.

As an in-demand and accomplished artist, Dagogo has taught across more than 50 schools and choreographed productions made up of more than 1,000 performers, with his work being featured in numerous musical productions. Notorious for his creative choreography, Dagogo’s fun-loving personality makes him an incredibly inspiring teacher.

Since 2019, Dagogo has been presenting Afrobeats dance classes at Footscray Community Arts Centre, the largest independent creative space in Melbourne’s western suburbs. Dagogo’s Afrobeats dance classes incorporate a mixture of elements from various West African musical styles. The classes are designed around the notion that anybody can dance, with a focus on having fun and getting creative with movement.

Like most artists, Dagogo has been successfully delivering dance classes online since May and has attracted many students from other states and countries.

Dagogo always aspires to make a student’s day just a little brighter through inspiration, drama, dance and oh so much personality.

Where: Online via zoom