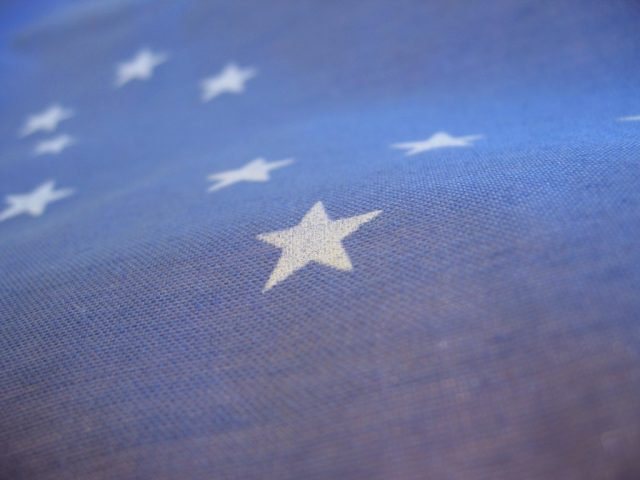 I’m a Pom, well, a Pom-hating Scot, really.  I was born in Glasgow back when kids with rickets was still a thing and pollution from the factories left you at the end of the day with a veneer of blackness on your skin.  Or so I’m told; my twin brother and I escaped when we were one year old and have developed the strangely fierce pride for a tiny heather-covered European sub-nation largely from afar.

I explain this not because it’s particularly unique or interesting; the vast majority of immigrants to this country continue to be British, and one in four of us are foreigners, with the vast majority of us having at least one foreign grandparent (Ref1).  Of course, apart from people from our original indigenous nations, we are all immigrants to this wide brown land.

What I do wonder though is this; does it have to take a Brit or someone born in another country to realise how silly it is to have the flag of another country dominate our own?  It is only people who actually have the choice to live in either ol’ blighty or the Great Southern Land (I’m a dual citizen) that know the true gift it is to be Australian and live in what is (not particularly arguably) a society that far exceeds any British benchmark of success?  Does the fact that we’ve gone from paying them to come (ala ten-pound-pom schemes) to rejecting literally tens of thousands of applications a year not suggest that the Brits themselves realise that the distinction between Oz and the homeland isn’t just sun, sun sand and sea, but a nation that succeeds as a contemporary society, not a society built on an idea of former colonial glory.

Much as I am proud of my British roots I can’t stand the fact that my chosen home, one of the most beautiful and successful lands on Earth, and thus inhabited by immigrants from every other country on Earth, continues to display the Union Jack in the prominent top left hand corner of its most important visual symbolism.

What’s your problem you whinging English Ex-pat, don’t you get the best of both worlds; your birth country’s flag in your home country’s flag.  Lucky you!

First of all, I’m SCOTTISH, and don’t you forget it, and secondly, the two countries are separate sovereign nations on opposite sides of the world.  We Australians (yes, I’m Australian now) don’t need to borrow our history or pride from our colonists.  We don’t need to glorify our British colonial history as if we’d be nowhere without penal slave labour, aboriginal genocide and concepts of ‘terra nullius’ to build a nation on.

The Australian flag, as we know it, is dominated by the flag of a different and independent sovereign nation, does not include either of our national colours; green and gold, but uses the ubiquitous colours of the United Kingdom, France, Russia and the United States (to name a few) and in no way make reference to our continent’s original rich and incomparably ancient civilisations, or the multicultural nature of our modern society.

It needs to symbolise the country it represents and be able to be ‘read’ as you would a great Australian icon; as a visual embodiment of what we are about; a unique people and society stronger in its great diversity; flourishing in a cruel yet stunning landscape.

Is such a flag design possible?  Does such a nation exist?…

Stayed tuned for next month’s Dumbocracy, as I attempt to do what has not been seen since Federation; design an Australian Flag as unique and characterful as the land itself.