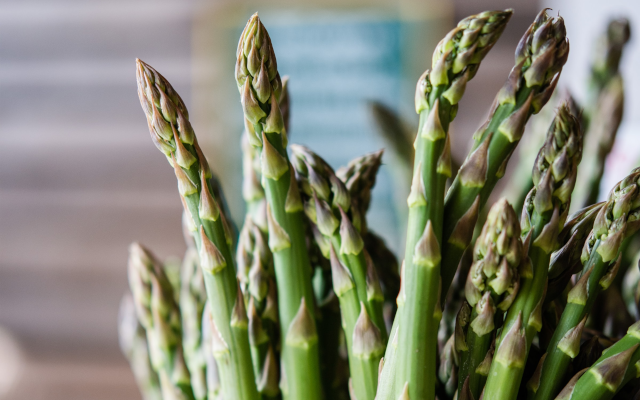 Spring has sprung and nothing says bursting with life more than a vegetable with such an amazing pace of growth you can virtually see it popping out of the ground. An asparagus spear can grow 7 inches or 180mm in a single day and so need to be cropped daily to keep up with the speed with which they shoot up.

Why Sparrow Grass? It seems the name aspharagos has Greek origins and was corrupted by the time it was popular in 18th century England Grown and revered in Ancient Egypt the name may well be much older and possibly from Persian but a vegetable with an ancient history going by many names

Growing asparagus takes patience and optimal growing conditions. Originating from ‘crowns’ it can take 2-3 years to produce its first crop and being from maritime environments can tolerate a saline soil. Make the most of the asparagus season as it is very short and while it heralds the Spring fresh, locally grown asparagus will be gone by the time summer rolls around.

Most common variety is green, but there is also a purple cultivar known as ‘Violetta D’Albenga’, having been developed in the city of Albenga, Italy and a highly prized white asparagus is popular in Europe. It is actually created from the green by ‘earthing up’ the tips as they grow to cover them and deny them sunlight to photosynthesise which leaves them bleached of chlorophyll. White asparagus is sweeter as a result but also contains less antioxidants. 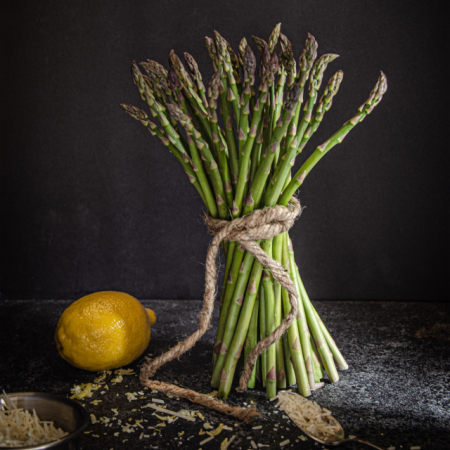 A well know side effect of consuming asparagus is the creation of a distinctive smell in the urine ‘Asparagus pee’ is a result of certain compounds including asparagusic acid. When the vegetable is digested, a group of volatile sulphur-containing compounds is produced. And while Benjamin Franklin was quoted as saying, “A few Stems of Asparagus eaten, shall give our Urine a disagreeable Odour…”

Marcel Proust it seems disagreed and claimed “Asparagus “…transforms my chamber-pot into a flask of perfume.”

Enjoy it nevertheless, lightly steamed, wrapped with prosciutto, served with Hollandaise Sauce or tossed through a salad and enjoy the health benefits of farm fresh greens, whites or purples.

Slow Food Melbourne Farmers’ Market welcomes Cloud Produce to the next WeFo market on the 9th October and then at Spotswood on the 25th October with farm fresh asparagus from Koo Wee Rup, Gippsland.