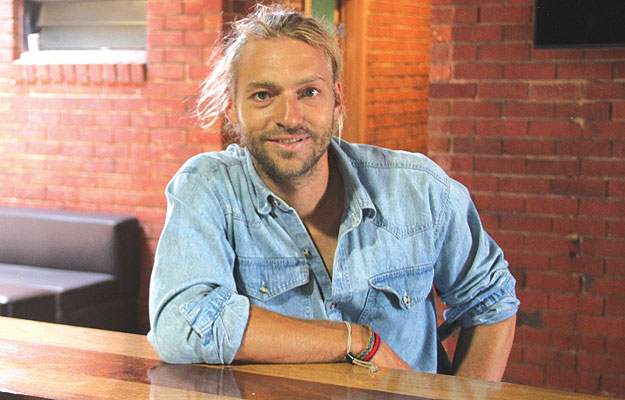 Derelict, written off and forgotten, the old Commercial Hotel in Whitehall Street in Yarraville seemed destined to follow a now all too familiar path for historic inner-city pubs: demolition, excavation, and host for apartment development. Until the team behind Mt Buller’s infamous mountain haunt, the Alpine Retreat Bar, stepped in, stepped up, and rolled up their sleeves. The task was huge, but the party is about to return to Yarraville. With the excitement building, The Westsider recently sat down with spokesperson Tom Robb to find out more.

The renos have taken 9 months, what are some of the features we’re going to see?

On first glance you might not think that much has changed besides cutting away a few internal walls and opening up the venue to give it a more comfortable feel. But if you look closely you’ll see a new bar built from reclaimed and recycled timber. It’s been widened so we’ll be able to offer a much more efficient service. The beer garden has been pushed out to create more of that urban oasis feel – it’s going to be a great spot for a cold bevvie on a hot Melbourne afternoon. The entrance from the car park has been made to feel more welcoming so now you can come straight into the pub and we’ve ripped out the old kitchen and added another entrance to the beer garden to help with the flow.

In terms of food and beverage, what can we expect to find when the doors open?

We’ve had a whole new cool room designed and put in plus all new beer lines. We’ll be offering 8 beers in total plus a well-stocked fridge where you’ll find the classics and also some local favourites. The beer menu is spearheaded by Mountain Goat, and we’ve got a few Two Birds brews in – we’re very excited to work with our neighbours on this. In terms of the food, you should find something different every night! The kitchen is gone so for the time-being we’ve teamed up with some great food trucks who’ll be parking up and serving straight out of the beer garden. Maple Leaf Meats will be dishing up a mixed menu of their fabulous Canadian cuisine right through our opening weekend and we’ll also play host to Melbourne AFL personality, Max Gawn’s, new food truck outfit, The Bearded Jaffle, all the way into the small hours of the morning. Moving forward we’ll post details of our food truck roster on our social media and to our email subscribers, so get your name on the list to find out what you’ll be eating next!

Themed nights have been planned – what kind of events will be included?

There’s nothing quite like live music. And we feel that’s missing from the inner west at the moment, so our main aim is to be a venue where people come to hear great music, and we want to offer something for everyone! The pub has been shut for a long time but we’re finding that it’s definitely not been forgotten which has been great in pulling in a stellar line up of bands who are all keen to play here over the next few months. In February we’ll only be opening from Thursday to Sunday and will feature an Open Mic Night on Thursdays and live bands playing a mix of old school covers and original music on Fridays and Saturdays, while Sunday Sessions will be given over to more chilled acoustic acts to be enjoyed in the beer garden. From mid-March we’re looking forward to welcoming back the fabulous Millie Minogue, amongst a host of others, when we re-invent drag nights on WednesGAYs and Tuesdays and Mondays will be given over to a uni night and metal bands, by winter. While we say the nights are themed, though, the bulk of the entertainment will take place between 9pm and Midnight. Obviously being open ‘til 3am means we’ll have a lot of late-night lovers joining us after closing so this is when our DJs will step up to try and keep the crowd jumping with a more mainstream vibe. We know that it’s our patrons who will ultimately decide what feels right at their pub, so we’re open to ideas from all of Yarraville’s many longstanding communities.

You’ve been described as a “Mt Buller personality, snowboard instructor, youth motivational speaker and master of Mindfulness Coffee and pay-what-you-feel Fun Yoga sessions”. Can the punters of the inner west expect to see any/all or possibly a combo of those activities anytime soon?

Well, I’m not sure how we’ll get any snowboard instructing in down here, it has been pretty warm lately, but as for the Mindfulness Coffee and the Fun Yoga sessions, why not?! Lucinda, my beautiful 1974 red combi who plays host to my Mindfulness Coffee is always with me, so she’ll be parked up with the other food trucks ready to dish out some liquid gold and some words of wisdom from time to time. On a more serious note, I’ll be doing talks for the Melbourne Sustainable Living Festival this month but there’s always room in the calendar for more between booking gigs and promoting live music for my friends at the pub. Watch this space.