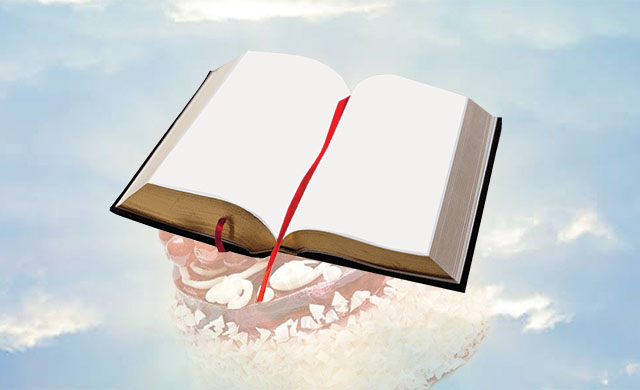 The premise of my approach to the subject of faith is that faith should not be necessarily bound to a particular institution in order to be considered valid. My faith is deeply felt and founded in self, family and community and deserves to be the equal of any organised religion or other form of spirituality in terms of moral value, standing and respect.

To have a cake and eat it too

Religions and their followers intermittently lobby for their “religious freedoms” to be recognised.

A cynic might suggest these pushes are reactive, tending to coincide with modern or social advancements such as the recognition of the rights of particular groups that the Church has historically been free to discriminate against. Yet the Australian Constitution already recognises religious freedoms in saying that “The Commonwealth shall not make any law for establishing any religion, or for imposing any religious observance, or for prohibiting the free exercise of any religion” (Section 116, 4.2). This leaves the additional rights that these guys are asking for as unclear to me, but I’d guess they lie somewhere between “being able to say what I like”, and “being able to do what I like unto others”, but without the consequences that any other person in society could expect in similar circumstances; for example if exhibiting openly homophobic or racist behaviours.

My ears prick up whenever I hear someone claim they must either do, or refrain from doing something due to their religious beliefs. Often those acts or omissions are in response to some reasonable expectation of broader society, leaving me to assume that we have no choice – the religious person’s personal needs are to be projected onto the rest of us. This is a problematic moment in the relationship between organised religion and a social-democratic state like our own, because it’s the point where, if we accept the person’s ability/inability to participate fully in a holistic version of society, we have, in fact been drawn into the religious person’s world, maybe reluctantly, rather than the other way around.

Let me offer an example. Several religious institutions expressly forbid vaccination, including many “faith healing” denominations such as the Christian Science Church. So if, oh I don’t know, there were a world-wide pandemic, from which protection was required for the greater good of society, a group of people refraining from assisting that effort by declining to be vaccinated would not only work against the collective, in effect it would be projecting the minority group’s needs and beliefs on to all people in that society – we would become hostage to that particular group. When the pious few make their “free” choice – and we allow it – there are punitive consequences for everyone. In 2020 that’s called coercive control.

Numerous holy books state that a worshipper has an obligation to follow the laws of the particular “God” first (divine law), and the laws of society (man’s law) second. In a globalised world where people from many different cultures and backgrounds intersect, this is impractical – millions of people in a single location could technically be following a myriad – often vague – set of differing, contrasting and potentially conflicting rules. The results would be chaotic.

Now back to the Australian Constitution if I may. The words “imposing any religious observance” jump off the page at me, because if you accept that an individual’s act or omission that flies against the will and need of a broader society is indeed imposing a religious observance on everyone else in that society, than there is your breach of the Constitution right there.

Doing my best John Oliver impersonation here, in summary, there are organisations and their members across Australia who want to be able to enjoy the benefits of our tax-payer funded schools, hospitals, roads and social safety nets, plus be able to participate either partially or fully in a society with few barriers to the opportunities which a (generally) egalitarian society offers, unless… and get this… they are faced with a particular law or expectation their private, individual organisation dictates they must not comply with. Hmm. Did I mention that its 2020?