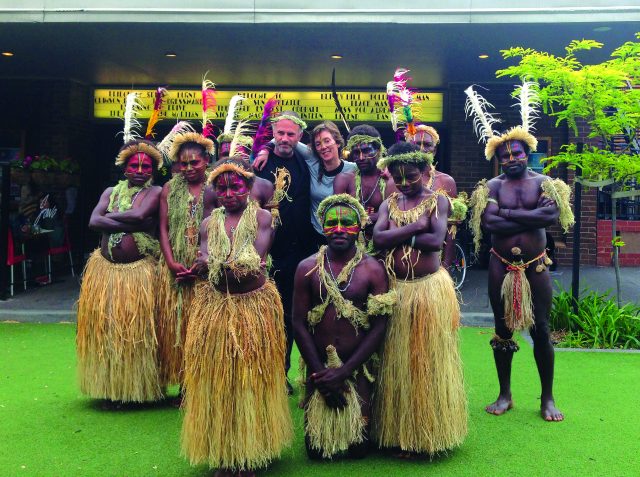 That the people of Tanna would not have heard of Shakespeare isn’t necessarily a given, considering their culture has been shared in the court of Prince Philip at Buckingham Palace and in the office of United States Secretary of State Colin Powell, but this film still provides considerable evidence to suggest that tragedy is a human invention, no matter your time and place. 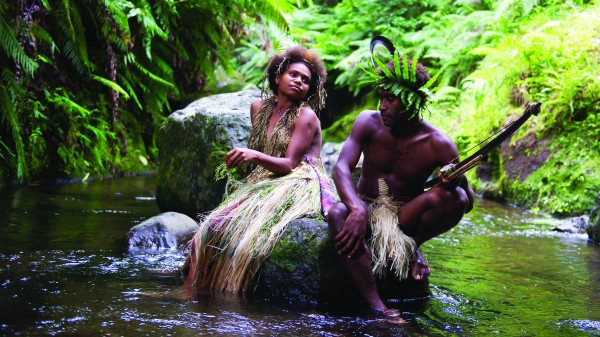 Screening from the 5th of November at Yarraville’s wonderful Sun Theatre, Tanna is a warm and colourful tale of community, tradition, reconciliation and forbidden love. When tribal tensions cloud the future for young lovers Wawa and Dain, the very peace of the island comes under threat. A special preview took place on October the 23rd, featuring a performance in the Yarraville Pop-up Park, a Q&A with co-director Bentley (Ben) Dean, and a sneaky chat with The Westsider prior.

The location seems an unlikely place to make a film when you consider its creators are from West Footscray, but when Ben visited Tanna, a small island to the south of the archipelago that is Vanuatu, he knew he would return.

“The genesis of the film was 10 years ago when I was covering a different story for Dateline” explained Ben. “I thought, I’ve got to find an excuse to spend more time here. Fast forward 10 years – there’s an opportunity!”

With two pre-school children and some flexibility, Ben and his partner Janita Suter made the move to Yakel, a small village in the island’s jungle interior, living a traditional ‘kastam’ life, and enjoying the community’s hospitality from January to July 2014. There was some adjustment, especially for the children who were intimidated at first, but before long were learning the language, running through the jungle and diving head-first into waterfalls. Their parent’s concerns dissipated too in time, Ben noting that the old saying holds true that  it “takes a whole village to raise a child.”

“The first couple of months was just listening to everything people said, learning, even the really intimate details” said Ben. “It was a process – collaborate, talk and respect.”

Traditionally this process starts with the men of the village, and gradually expands from there to include the women and children. Without the assistance of Cultural Director and translator, the charismatic “JJ” Jimmy Joseph Nako, the film wouldn’t have been possible. The self-proclaimed “can-do” man JJ’s take on meeting Ben and absorbing the ideas behind the project? “He showed us (the film) ’10 Canoes’, which stimulated our hearts, and we said, let’s start! It’s been a pleasure to have Bentley in our village.”

Perhaps the most striking part of the film is the performer’s seamless transition from everyday villagers to actors. Most westerners either crumble or giggle self-consciously when placed in front of a camera, but the Yakel don’t seem to notice, they just deliver their lines with a natural ease many ‘real’ actors would give a wafer-thin slice of their soul for. The trust that the film-makers established during their visit is clear.

The team returned to Tanna to present a ‘World Premiere’ – trumping their successful screenings at the Venice Film Festival and across Australia – and projected the film onto sheets strung between the trees. For the cast, it was an unusual experience seeing themselves on the big screen for the first time. “Even though it’s not a comedy, they just laughed all the way through” recalls Ben. The film’s young star Marie Wawa added a wise insight via translator JJ; “It’s the first time she’s seen the film. She says it’s easy! Welcome to be filmed at any time.” Co-star Mungau Dain agrees; “When I act in the film, I find that it is simple. I didn’t know what it was about! If any one comes to make another film, I’ll do it even better!”

One of the bigger challenges was filming on the rim of an active volcano. “It was easier than you think, because we had minimal equipment” Ben explains modestly, “I was addicted to the place! But yes, sulphuric acid and water causes acid rain, it essentially melted the camera.”

So what affect will the wider viewing of this film have on the people of Tanna? For those who might have concerns about the island being overrun by visitors and developers, Chief Charlie Kahla explains: “Yakel is a restricted boundary for people and tourists. It wouldn’t have any affect because we are able to control everything here.”

That’s not to say the village hasn’t benefited from the film. JJ explains; “It will strengthen our culture, because we use the money to buy pigs from people outside. Also the message of love helps our villagers to stay and maintain our culture.”

The entire cast come across as both wise and happy, often communicated via songs. “Their wisdom comes through songs like the lover’s suicide song” says Ben. “They’d been singing it for ages – they just hadn’t told me what the words were!”

Observing Ben and his family alongside the Yakel, that they have left Tanna with more than a film is obvious. They leave with memoires of a unique experience, relationships that make the leap from friendship to family, and a connection with an unspoken promise to return often.