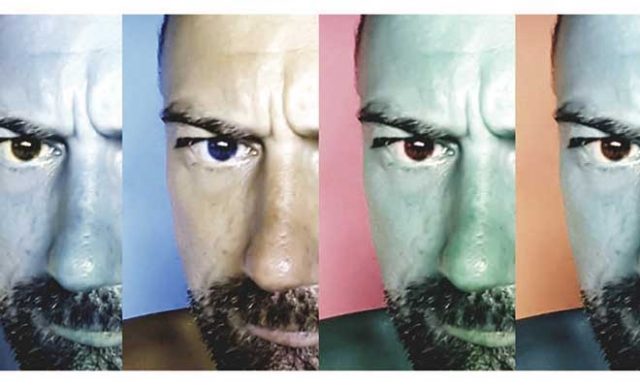 By Editor of TheWestsider, Peter Wingate

It seems that over the last few years we’ve just lurched from one disaster to the next, and not even been allowed to celebrate or even acknowledge the passing of the last trauma. We’ve endured the downward spiral of a roller coaster that was the Covid pandemic but come out if it not daring to suggest that it’s over, for fear of pre-empting another dive into the abyss. That thing we were desperate for; an acknowledgment that not only the threat of Covid is finally ending, but that all our sacrifices to get here have actually been worthwhile, is not possible – and it won’t be. It won’t be because we’ve been proved wrong again and again when we’ve dared believe that we’ve actually gotten to the other side.

Instead, as we come into a ‘new-normal’ (that we’re wary to acknowledge for fear of losing all that we’ve sacrificed so much to get to), we’re asked to get our head around the war in the Ukraine and the broader threat of fascism to democracy in general.

Winston Churchill’s famous quote, ‘Life is just one damn thing after another’ seems more apt than ever as our roller-coaster takes us to an unprecedented netherworld that is neither up nor down but just scary.

So, what’s the way forward (or backward, or around)?

Fear won’t help us understand where we are, because fear comes from not-knowing. So, let’s try the opposite. I’m going to suggest that, to be able to appreciate where we are, we need to acknowledge the absurdity of our situation. Where at the moment our collective lives seem to be just ‘one damn thing after another’, let’s embrace that. Let’s laugh about it.

Mark Twain once said ‘Against the assault of laughter, nothing can stand’.

Laughter is embracing; it acknowledges the pain, the absurdity, the joy and the ridiculousness of ‘one damn thing after another’. It engenders a sense of humility and acceptance of the constant change that we now find ourselves in, and allows us to embrace that change for the opportunity that it brings rather than the fear that shrouds it.

You can find humour everywhere if you look for it, particularly in the places it is needed most.

Ukraine’s President Volodymyr Zelenskyy perhaps knows more than most about the power of humor and that against it, ‘nothing can stand’.

In our post-satire world, the story of his rise to leader of a war-torn country reads like a ridiculous joke with a very serious punchline.

It’s a story so hard to believe that I’ll now quote it verbatim from Wikipedia (for fear that, without referencing an external resource, you’d think I was pulling your leg).

‘Prior to his Presidency Volodymyr Zelenskyy studied law and then pursued comedy and created the production company Kvartal 95, which produced TV shows including ‘Servant of the People’, in which Zelenskyy played the role of the Ukrainian president. The series aired from 2015 to 2019 and was immensely popular. A political party bearing the same name as the television show was created in March 2018 by employees of Kvartal 95.

Zelenskyy announced his candidacy in the 2019 Ukrainian presidential election on the evening of 31 December 2018, alongside the New Year’s Eve address of then-president Petro Poroshenko on the TV channel 1+1. A political outsider, he had already become one of the frontrunners in opinion polls for the election. He won the election with 73.23 per cent of the vote in the second round, defeating Poroshenko.’

Not a joke, but perhaps just a sign of the times, and the power of satire to not only critically reflect reality in an effort to change it, but create a preferred reality by itself.

It’s more than fitting that, in this April 2022 edition of The Westsider as we try to embrace a ‘new-normal’ of continued challenge and change, we welcome back one of the greatest Comedy festivals in the World and its international contingent of absurdity-embracers. Local Westie Andrew Hansen (of The Chaser and CNNNN fame) is just one of a host of humour-makers with the gift to create an assault of laughter of which not even one-damn-thing-after-another can stand.

Can I suggest we take the full return of our beloved Comedy Festival as an opportunity to acknowledge, embrace, and maybe even create, the world of unprecedented challenge and change that we live in.

Peter Wingate emigrated to Yarraville before it was even trendy and has a stubborn mission to engage, encourage and enhance its unique community. He is (very slowly) completing a Masters of Education in Equity, Diversity and Social Change at UniMelb and is a founder member and executive with the Australian Progressives.