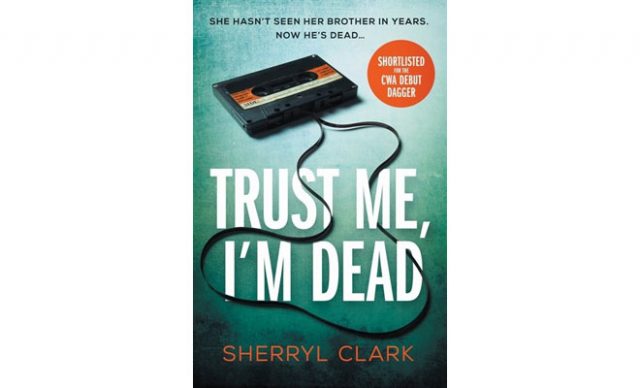 The blood-stained ball gets rolling after Judi learns of her estranged brother’s murder in Footscray. What follows is a whodunnit worthy of a binge alert.

A past littered with unhappiness and misgivings may account for Judi’s resolute self-reliance. One thing is for sure; this woman has a mind of her own. Whatever Judi lacks in social graces is made up for by having the heart of a lion. Apologies … lioness. It didn’t take long before I joined a string of admirers. And let’s face it, who better to sort out a crime mystery involving druggies, gang lords and knuckle-heads on both sides of the law than an emboldened woman unwilling to play fool to anyone.

Nineties Melbourne is in the midst of a gangland feud where fathers are slain at an Auskick clinic in front of their children and burned bodies turn up in rubbish bins. Nearly forty criminal figures met their maker in a decade when Melbourne resembled crime-riddled Gotham city. Judi finds herself in the midst of this brutal, treacherous world. And if there’s any chance she’ll ever return to her peaceful country life, it’s only clues from the grave that will solve a high-stakes puzzle.

Judi works best alone, but no-one gets through a situation like this without help. The one person she can turn to is a detective. But is ‘Hotshot’ all that Judi imagines? Readers wait ‘til the nail-biting final chapters to find out.

Apart from writing a swag of popular young people’s books, Sheryl has for decades taught aspiring scribes the fundamentals of literary craft. Her guilty pleasure is crime fiction. On show in Trust Me, I’m Dead is finesse with character development and plot, in this case thermostatically synced to the reader’s imagination. Westies will enjoy reading a novel set this side of the Yarra, with familiar suburbs brought to life in evocative detail.

It’s a helluva confession for a reviewer to make, but many books I pluck from bookshelves end up unfinished on the floor as door stoppers. It says something that my normal daily routine was on hold until the last page had been turned in Trust Me I’m Dead.

Trust Me, I’m a Crime Writer

Sherryl Clark in conversation about her new novel at the Footscray Mechanics’ Institute, Thursday October 10 at 6.30pm for 7pm start.