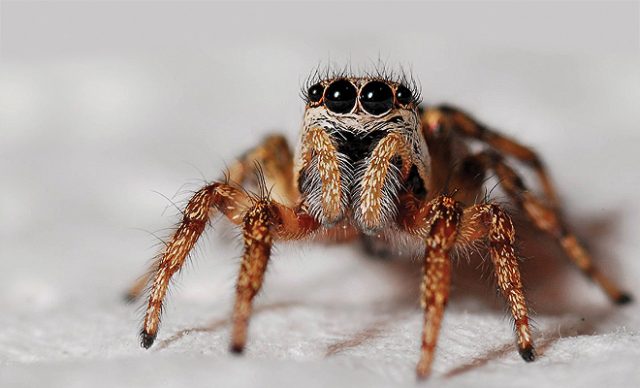 Notorious serial offender Incy Wincey finally faced the Magistrates Court this morning. We cross live to our Court Reporter Becky who was at the hearing today.

In the Magistrates Court today victims under oath claimed that on fine weather days Mr Wincey would spin webs in their spouts, drains and storm water drains.

Expert witnesses testified that this created severe blockages in drainage systems, causing significant and costly repairs as well as psychological and emotional damage for the victims.

Once washed out by showers, Mr Wincey, a known repeat offender, would then return to the crime scene and start spinning webs again.

While providing evidence under cross examination, at one stage Mr Wincey stood up and shouted, ‘I couldn’t
help myself!’.

Justice Phlie ordered a psychological assessment be undertaken before making
a verdict.

It is suspected that Incy Wincey may have an obsessive-compulsive disorder of some kind.

The case was adjourned until the medical assessment could be completed.

In a separate case, Mr Humpty Dumpty is seeking physical and psychological damages from the Kings horses for negligent medical treatment.

This is Becky Ballshirt reporting from Melbourne’s Magistrate Court, back to you Norman.

In other top stories, the Me Too Movement claims ‘disgraceful!’ an alleged incident involving Mr George Porgie.

Known under the alias, ‘Georgie Porgie’, one of his victims spoke out about the ordeal.

‘It was shocking, I just broke down immediately, I couldn’t stop crying!’ she claimed. After fleeing the scene, the authorities took chase.

Unfortunately, the police reported that Mr Porgie had evaded apprehension.

Authorities are now requesting Mr Porgie to come forward to assist them in their investigations.

If seen, the public are urged not to approach Mr Porgie as he is considered an extremely high lurgi risk.

If spotted, the public are urged to call Crime Stoppers.

He is described as Caucasian male, short dumpy build with distinctive tattoos on his upper arms of a wide range of assorted pies and puddings.

More details in our upcoming news at six.