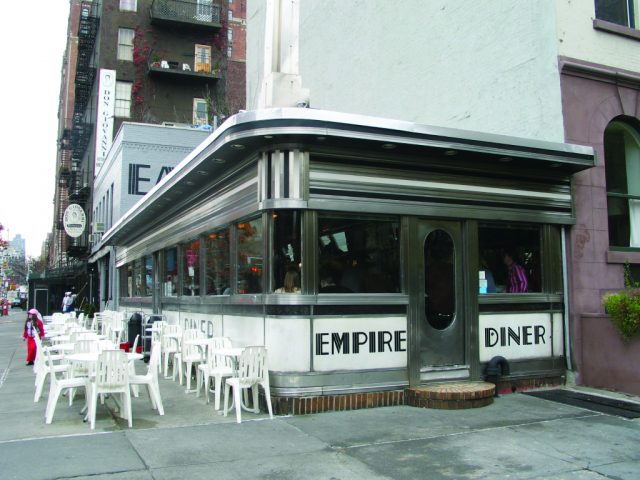 The hospitality industry in the USA has been built on the back of low-paid workers on as little as $2.13 an hour – people who rely on tips to get them through each week. From time to time the question of adopting a similar system rears its head in Australia. Derek Green examines how the system works across the Pacific, and asks; “Do we want it here?”

I’ve spent much of my travelling time (and money) in the United States over the last 25 years, and love so many things about the country and its people. That doesn’t quite make me a local; only bad hair, bedazzling teeth and a love/hate relationship with Barack Obama can do that.

I have however, spent enough time there for the buzz of walking along Broadway, getting mugged at an ATM in Detroit, and munching on deep fried pork burritos on Venice Beach to wear off. Before long, a few local customs and political issues start to grate on you, just as they do here in Australia. I’m not quite rusted on enough to be that bothered by the Tea Party, My Redneck Vacation, rowdy ball games in Central Park or dog poop on Rodeo Drive sidewalks, but one largely American phenomenon that does prove a daily conundrum for the Australian traveller is… the tipping system.

It’s true that tipping is an accepted practice in other parts of the world, but the American experience has a unique flavour – a bit like pancakes, bacon and home fries smothered in maple syrup; bewildering in a ‘why would you even…?’ kind of way.

The theory behind tipping in America is simple – if you appreciate the service you receive in a restaurant, hotel, taxi, or from similar service providers, leave an additional 15-20% of the before-tax bill total as a fiscal expression of this appreciation. In other words, hand over some extra cash. If you thought little of the service you received, you should tip less, and if the service was diabolical or non-existent (and you’re game) then you are entitled to leave no tip – though you should keep in mind that some establishments share tips between all employees, such as those behind the scenes, and all are hurt by such inaction, not just the person who provided the poor service.
Whether or not it’s a fair situation, in practice this money contributes a hefty chunk towards the wage of a grossly under-paid service industry employee, and is an expected – and sometimes automatic – addition to your bill. If you want to test the theory against the practice, just see how far you go in a city like New York or Chicago by not tipping cab drivers and waitresses. Many will follow you and demand their tip and an explanation, or at the very least give you a mouthful – expect the words “cheap” and “asshole” to be included in that verbal exchange.

Why then, you ask, is this an accepted situation in an apparently civilised, modern western country, and being considered here in Australia? To offer some insight I will use excerpts from heated discussions with a friend of mine in LA as an example – let’s call him ‘Lee’. Because that’s his real name, and he said it was OK for me to use it.

Lee and I discuss/argue many controversial topics whenever we meet up, the tipping system among them. Lee has worked in the service industry for many years while struggling to jam his foot through the Hollywood door. He’s aware that this is a truly clichéd LA existence, but considering he has previously worked in the unbearable heat of the Arizona desert hauling golf bags for rich tourists, and the deep-freeze of a New York winter serving up hot latte’s, things could be worse. Driving a ‘Mr Whippy’ ice-cream truck provides Lee with plenty of flexibility to attend auditions, and a chance to suck in some of LA’s finest fresh air, though it offers little security or fiscal reward. His big screen break will no doubt address this eventually.

Like most anomalies in the USA, such as constitutionally protected gun laws, the thin grey line between church and state, the death penalty, oil wars and stunning greenhouse gas emissions per capita, there are two versions of the tipping rationale; the propaganda version, and the ‘nut-job lefty’ version. Although he would never attribute such a tag to it, my friend Lee subscribes to the former category, whilst happily slotting me into the latter.

You don’t have to be Michael Moore to line them up and make an informed decision, but it will help my argument if, like Mr Moore, I over-simplify them both here in order to influence others into outraged agreement. Ah whatever.

The propaganda version goes like this: America is the ultimate capitalist democracy. No person should be limited to what he or she can earn for themselves or their family. Working in a service industry gives each person a unique opportunity to excel and provide the kind of service to customers that can reap rewards beyond their wildest dreams and help a person rise above any status. It’s the land of opportunity without boundaries, and all Americans should be thankful that they live in this land of the free; indivisible, with liberty and justice for all. Well liberty and justice for the wealthy; I’m not sure how that line is working out for the recently unemployed or hotel maids and dishwashers working on the current minimum wage of US$2.13. Yes you read that correctly, in situations where employees can expect to earn more than $30 a month in tips, it is permissible to pay a full time employee US$2.13 an hour, an amount that hasn’t risen in more than ten years. Don’t believe it? The US Federal Department of Labour confirms it as fact. (Source: http://www.dol.gov/whd/state/tipped.htm – correct as at 20th July 2015)

Realistically, without a significant contribution from your pocket, these low-waged workers could not even afford to do their own jobs – their wages wouldn’t cover the bus fare.

Meanwhile, the ‘nut-job lefty’ version of the argument goes something like this: Industry bodies and their lobbyists, large corporations, and a string of weak or self-interested governments have succeeded in ensuring that costs of running businesses within hospitality and other service industries remain as low as possible for employers. Low overheads means fewer responsibilities, which in turns means more jobs, favourable job-report statistics, more votes and ultimately increased political popularity. Think corporate pressure, cash for campaigns, votes, and power.

And just like that place you can drive through the middle of a tree, there are some big holes in the system. Tip inflation’ aside (wait – it’s a percentage isn’t it?), the most obvious and farcical being that, almost without exception, the blank space for the tip amount of your bill is conveniently provided for you underneath the gross total including tax. That means, unless you are aware of this and adjust your tip accordingly, you are tipping on the tax component of your bill as well as the product or service amount. Few working in the service industry will point this out, and considering how complex the US tax laws are already, it’s enough to mess with the mind of the most dedicated IRS middle-manager.

Speaking of the IRS, they automatically take an upfront percentage of any potential ‘tip income’ in a given year, which employees must estimate in advance; dependent on their employment status, employer, and role within their workplace. For someone working legally who thinks that tips will be under the table, off the books cash, they need to think again.

The other large gap in the arguments justifying the tipping system is the fact that at last estimation there were more than ten million illegal immigrants in the US, a substantial number of whom work in the service industries. Often they work for no wage at all, scraping along on tips alone while flying under the taxman’s radar. The myth of the ‘American Dream’ is busted right here; with such an unstable financial situation, the scope for planning a life, successfully applying for a loan or mortgage, even going on holiday, is limited for these low-waged workers.

So whether you consider a tip to be an annoying bi-product of travel, a pure bribe, or just a necessary wage supplement, it does make for slightly tricky travelling, and paints the US, its political system, and tourism, hospitality and service industries as somewhat backward when compared to countries with modern and equitable wage systems and employment laws.

Sipping from a large glass of red while over-looking the amusements of Santa Monica pier, my friend Lee remains staunch in his opposition to what most countries would consider an improvement to the existing labour laws, and given this countries’ resistance to change (see: ‘the metric system’) don’t expect a back-flip from his fellow Americans any time soon. We discuss the merits of the argument by Australian restaurateurs to consider a system as fair and equitable as the one described above. Lee is cautiously for it, after all, us Aussies need a reality check in the socio-democratic department – we’ve bet on an ultimately flawed form of civilisation. The argument digresses.

In the meantime diners, don’t forget to fish out an extra couple of bucks and leave them on the table next to your half eaten pancakes, maple syrup, bacon and home fries – they will be appreciated.