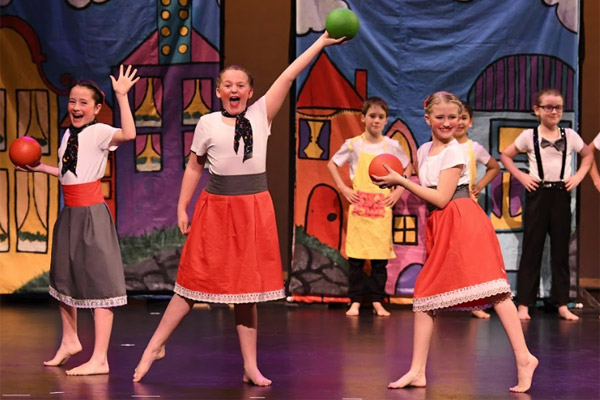 Wakakirri is proud to announce Footscray West Primary School has won the Best Drama Story Award and will be going through to the finals, performing at the Primary Awards Night at The Palais on September 12th.

Footscray West’s performance tells a relevant story of a group of children from different walks of life who must find a safe new place to call home after they are torn away from their families, friends, homes and happy lives by war. Lauren Jamieson coordinates Wakakirri at the school which was one of ten award-winning primary schools selected to perform at the Victoria Region Primary Awards Night. Students told powerful stories for this year with themes including environmental conservation, mental health, the refugee crisis, and Australian and world history.

To tap into inspiration for the school’s story, Lauren originally developed an idea and then workshopped it with the grade 3/4 students

Footscray West PS’ principal Brendan Millar spoke about the school’s involvement and said the school has been involved in Wakakirri for about 14 years.

“We have had a commitment every 2nd year during the life of our involvement. Wakakirri has been largely developed during lunchtimes as a Club.”

For the first time at the school, this year Wakakirri was developed as part of the curriculum program.

“As Lauren teaches in the 3/4 team, we did not include our senior primary grades for the first time. It was a design and tech learning unit, with a social focus on collaborative learning. The students were all involved in some capacity, but it is over 100 students who volunteered to be backstage and onstage. These kids needed to work on Waka on many lunchtimes. Their commitment, led by Lauren has been phenomenal.”

And how did the students react to winning the Best Drama Story Award?

“The students were overjoyed. I could hear the roar from my office, a floor below”

The Wakakirri Primary Challenge Awards Night for Victoria is at The Palais on Wednesday September 12, 2018.
Tickets available from September 5 from www.palaistheatre.com.au

Wakakirri’s Story of the Year Award for the Primary and Secondary categories will be announced on Waka TV on October 17, schools will be watching the announcement live via YouTube.

THE INDIAN FILM FESTIVAL OF MELBOURNE