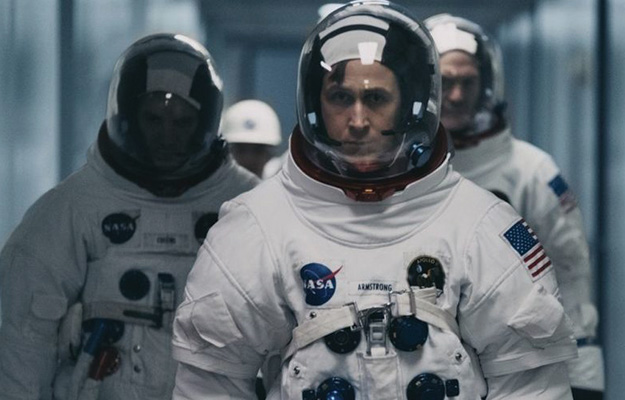 First Man tells the story of Neil Armstrong and his journey to be the first man on moon. Starring Ryan Gosling, it takes a more personal approach to his story. Directed by Damien Chazelle, whose previous work La La Land won him plenty of awards, and also stars Gosling. I was pleasantly surprised at the direction that the movie took. It wasn’t all about rockets and space, but dived deeper into Armstrong’s personal life. New things are definitely learnt along the way. I felt that this was unlike any other space related movie, it was a step above the rest by far.

Throughout the film I always felt excitement and what was to come next. There were scenes that genuinely made the audience feel claustrophobic and on edge, the camera work was brilliant. Although at times it was a bit too much. The story was slow at the beginning but as the movie went on you felt it was necessary to help build the character and his family. The list of supporting characters help bring on a strong story including Aussie actor Jason Clarke which is awesome as we start to see his career really take off.

This movie has to be up there as one of the best in 2018. A heart-felt story mixed with intensity and excitement. Although a bit slow at times, I will guarantee you will leave with new found respect for NASA and Neil. An inspirational movie for the family.

Your turn For the December issue of the Westsider there will be a top 10 movies of 2018 decided by you, the reader! So please Email your suggestions to:
movies@thewestsider.com.au