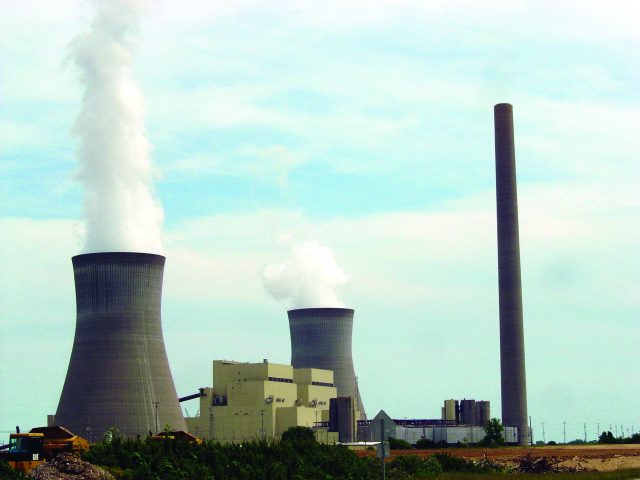 Recently there has been a lot of debate about the use of coal in generating electricity in Australia, and the impact of its use on the environment and the habitat around the coal mining sites.

The ongoing debate is mainly the question of whether we keep using coal and other fossil fuels – like petrol and natural gas – to cater for our ever increasing energy needs, or to look for more sustainable sources like solar and wind energy to meet the continuous demand for the energy in modern communities.

Before we start looking at the arguments that may arise along each side of the debate, it might be a good idea to have a bit of historical background about fossil coal and its alternatives specifically in Australia.

So what exactly is meant by fossil coal? Coal usually has the appearance of black or brown sedimentary rocks. It is a hydrocarbon deposit, derived from the accumulated remains of ancient plants and animals many millions of years ago. It is used as fuel and produces significant amounts of energy when burned (oxidised to carbon dioxide and water), and this energy can then be used to generate electricity. Carbon dioxide and other greenhouse gases are considered by many scientists to be one of the principal causes of global warming.

The mining of coal started in Australia in 1908, and there were more than 1900 tons produced from the south coast of Australia. Since that time, there have been more and more discoveries of coal, which encouraged the expansion of European settlement throughout Australia.

For over 200 years, millions of tons of coal has been gathered from the mines; a large portion of it usually gets exported overseas, which has contributed significantly to the Australian national income and the Australian economy as a whole.

The above introduction, which may not seem that interesting to many, is necessary to understand the reason behind the heavy dependency of the Australian economy on fossil coal, both as a source of national revenue and an abundant factor in generating energy.

Despite the modern tendencies of many nations across the globe to explore more sustainable sources of energy in the wake of protecting the environment from the destructive results of fossil fuels, the debate is still going about what we, as Australians, should be doing- either more exploration and mining of fossil fuels or greater attempts to find sustainable sources of energy. Each side of the debating teams have a valid point-of-view.

The side opposed to using fossil fuels claim that depending only on coal as the principle source of energy has devastating consequences on the environment and the economy. They argue mining destroys the land, contaminates the water and air and affects surrounding communities. The use of fossil fuels is exhausting our limited natural resources and contributing heavily to the global warming due to the emissions that result from burning coal.

On the other hand, the fans of using fossil fuels, backed by the mining industries, claim that giving up on using coal is a waste of resources that are already there, which helps keep our economy strong from the profits gained by exporting the products to other countries. They also argue that other types of renewable energy, such as wind and solar energy, have their own negative effects on the environment, for example the destruction of habitats, and it may be a waste of land.

It looks like the supporters of mining are currently winning, as many governments, instead of supporting schemes that encourage sustainable ways of producing electricity like wind and solar energy, are reducing incentives that once gave hope to the environmentally conscious, most likely pushed by fat-walleted mining companies. The most shocking example is what Liberal governments have done to the Clean Energy Finance Corporation (CEFC ). They banned the publicly owned corporation from investing any more funds into renewable energy sources, claiming it can only fund “emerging technologies” – an unclear term that is void of any meaning.

So to come to a conclusion, the debate will take more time and will continue to go for future rounds.

If you have any thoughts on the issue, please send them to: editor@thewestsider.com.au.