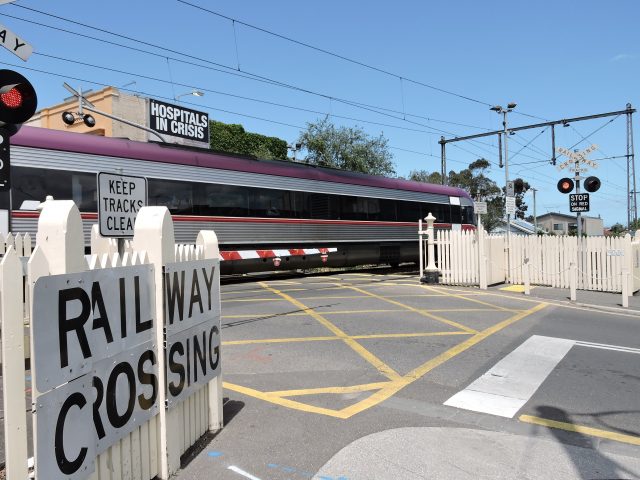 Melbourne’s west is emerging as an area of opportunity. Over the past decade all parts of our region have experienced strong population growth. People are voting with their feet.

With some help from the Australian Government and Victorian Government, Melbourne’s west can be a much more highly productive engine for the national economy.

Melbourne’s west is where things are made. We’re home to the factories of a range of leading national and international companies. Manufacturing businesses remain at the base of our economy, providing the biggest employment contribution and a huge value-add.

The area also has many economic advantages, being strategically located close to Melbourne’s CBD, the Port of Melbourne, Melbourne Airport and Avalon Airport, as well as strongly connected to the major regional cities of Bendigo, Ballarat and Geelong. Almost all of Melbourne’s interstate rail and road transport connections run through the west. With more than a quarter of Melbourne’s future industrial land supply, it’s the place to locate advanced manufacturing plants.

Nevertheless, our region needs to significantly expand on its industrial base and do so beyond the past decade’s growth in transport and logistics.

The economy of Melbourne’s west began a transformation during the last century, but achievement of a higher share of knowledge based industries requires more investment in infrastructure here. We need more jobs and greater diversity of jobs available at workplaces closer to where we live – in the western suburbs. To do that we urgently need three key infrastructure networks enhanced here: broadband networks, rail networks and road networks.

The recent major investments to build the Regional Rail Link will help and are set to come online this year. However, Melbourne’s west has become over-reliant on the inner Melbourne job market for opportunities in the growing services sector – that’s what generates the peak hour traffic congestion and train crowds as thousands of workers from the west travel to inner-Melbourne.

Last year, LeadWest wrote to the Prime Minister, the Victorian Premier, and other MPs seeking fair and equitable treatment for Melbourne’s west in the wake of Toyota’s announcement that it would close its Altona factory. An Innovation and Investment Fund for Melbourne’s west would have put support on par with that provided to Geelong and Melbourne’s north. It would have helped generate replacement jobs.

The Coalition governments responded with a commitment instead to building the western section of the East West Link. Part of the logic was that this investment in road network infrastructure would stimulate economic development and jobs growth, much like we had seen with the creation of the West Gate Freeway and the Western Ring Road.

Since then there’s been a change of government in Victoria, but the Australian Government and the Victorian Government must still work together to help deal with economic transition. They could achieve this by opening an Innovation and Investment Fund or by cooperating to deliver vital infrastructure. Ideally, they’d do both.

It was good to see parts of Melbourne’s west get an early roll out of the NBN, but disappointing to see large gaps. This was especially the case where the gaps were in emerging employment precincts.

LeadWest was pleased to see the State and Federal Government working together to deliver the Regional Rail Link. Now they should team up to make progress on the Melbourne Metro Rail Project. Given the assessments of Infrastructure Australia, they should also accelerate action to get more freight on rail by progressing with the Western Interstate Freight Terminal.

The West Gate Distributor project does offer the potential to enhance the efficiency of freight transport within the region, but it must be part of an integrated package of measures if it is to properly protect residential amenity in the inner western suburbs.

The Victorian Government could also take the longer view and plan for future extension projects. It could examine the potentials of and plan now for a future east-west tunnel under Footscray, for better north-south links to the West Gate Freeway, for a new connection across the Maribyrnong River; and for improvements to the connections from Footscray and Dynon roads to CityLink. It would be wise to reserve the route for a full link western link between the Port of Melbourne and the Western Ring Road. This move would also assist in the renewal of the Brooklyn Industrial Precinct, helping to clean up a dust bowl in the heart of Melbourne’s west and stimulating creation of more local jobs for workers in the neighbouring communities.

Prioritising and undertaking these projects requires public investment, but private investment can be harnessed as well. Our communities, their businesses and their governments, working together and better connecting Melbourne’s west to the rest of Melbourne, can make much more of our region’s great potential.

Craig Rowley is the CEO of LeadWest, a non for profit organisation that promotes urban development and infrastructure projects in Melbourne’s western suburbs.

THE HEROIC ESCAPADES OF WALTER THE BUILDING