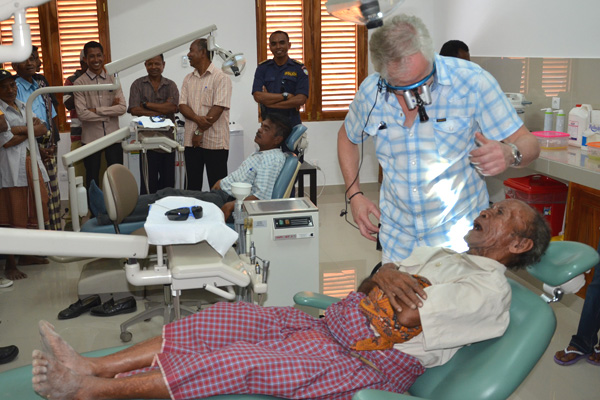 Doctor David Bladen had come to Timor-Leste – a nation with only five dentists – to set up a dental surgery. But coming to terms with our closest neighbour’s struggle for independence had left him staggered. “It really hits you in the face when you’re there… I was quite embarrassed to be an Australian”.

Indonesian invasion, civil war, bloody massacres. Shamefully, Australia looked on. The people of Timor-Leste won their independence in 2002, but only after 20 percent of the population had been killed or died of starvation or illness. Even now, the Australian government is locked in a dispute over our maritime border. At stake is future revenue from rich oil and gas deposits.

Prominent patients from his Williamstown clinic who were connected to the Balibo House Trust had asked David for help. The trust was set up in honour of the Balibo Five, the Australian journalists slain by Indonesian military in ’75. The dental clinic is the latest initiative.

And whatever emotions he was confronting, the expensive dental equipment that lay on the ground was a reminder of the job to be done. David asked to be left alone, and went to work getting the Balibo Dental Clinic up and running for the opening ceremony and special first patient – former prime minister and 1996 Nobel Peace Prize recipient, Jose Ramos-Horta. 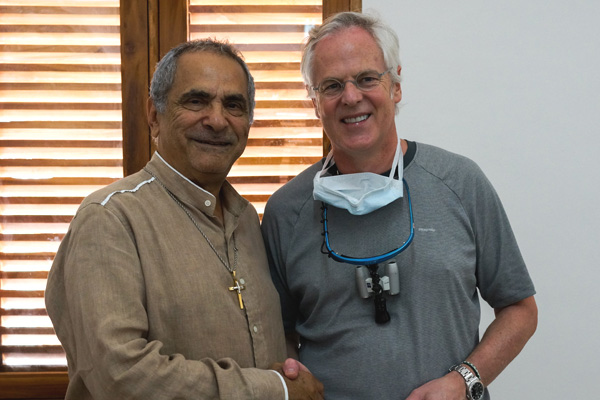 While the clinic was ready for the revered patient, nobody knew how locals would react; “They’d never seen a dentist… If I did something wrong, no-one else would have sat in the chair,” said David. Indeed, what was intended as a routine examination, a “bit of fun”, revealed a “bloody great hole”. A crowd had gathered – this was no time to pull out an injection and start drilling. David leant over and quietly suggested Jose Ramos-Horte go and see his regular Sydney-based dentist.

All the same, the national hero considered by villagers as a god, had given his blessing. “That was it,” says David. “Bang.

It opened the floodgates.” Balibo Dental Clinic was open, and groundhog days of; “work till you’re ready to drop and back to the Balibo Fort Hotel for a drink” had begun.

Today, back in Williamstown, the morning isn’t going to plan either: a patient is late. To make matters worse, David hasn’t eaten since six. That doesn’t stop him interrupting his lunch break to talk to me, but he’s had it and flops into a chair. Yet the further we delve into his fortnight in Balibo, the more energy he finds. 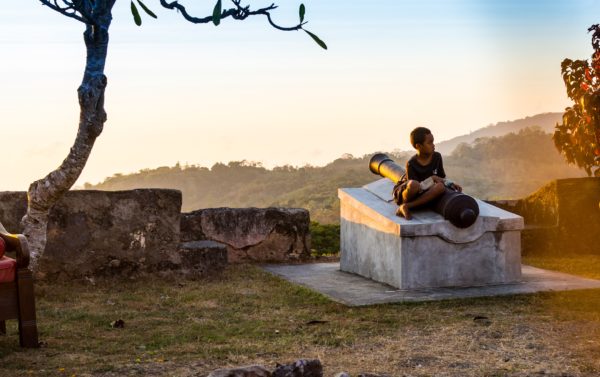 David grabs a computer mouse, enthusiastically pointing to a picture on the screen of an old freedom fighter’s teeth. I grimace. More of an open wound than a mouth. “This is all just pus from ear to ear,” he says of a man who’d never experienced a day without pain. David removed 12 teeth, leaving the soldier with five left, enough to eat with. He returned the next day so elated that he wanted the rest out.

The extent of Timor Leste’s dental crisis was sobering. One case moving David to tears. A frail mother carried her severelyhandicapped daughter in on a sling ’round her neck. The

eleven year-old couldn’t move; her teeth were a “disaster”; and she was in pain – had been for a long-time.

In Melbourne, the girl would have been sent to hospital. In Balibo, she was the next patient. David did what he thought was impossible, “extracting some of the most difficult teeth he has ever done”. The mother was now crying – her daughter would be out of pain.

If the depth of Timor-Leste’s plight was a surprise, so were the people. Rino was the happiest person David had ever met. “He was always laughing,” says David, even though, as a boy, Rino had watched his uncle being hacked to death in front on him.

He narrowly missed being shot himself. Rino is married, has a child and supports himself by selling spare motor parts he buys from Indonesia. But his heart lay in helping others. Rino volunteers at the Balibo Community House and eventually became David’s translator and nurse. 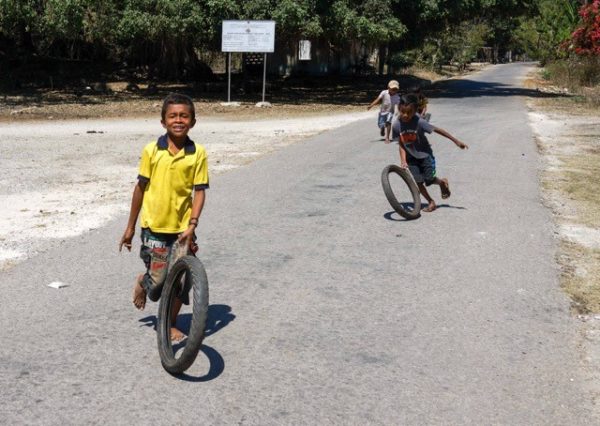 Since opening, the Balibo Dental Clinic has employed two dental therapists. Its reach will extend as more Australian dentists get involved. Victoria will provide $60,000 to train dental nurses. As the Timor-Leste people rely on imported processed food that plays havoc with dental health, a preventative education program is high on the to-do list.

David flies back in two days. A plane from Australia lands at Dili and from there it’s a three hour ride along a “pretty wild” road to Balibo. His daughter will be with him, their bags stuffed full of dental supplies. His pet project this trip is a numbering system: waiting room etiquette hasn’t caught on in Timor-Leste.

David struggles for words to convey what Balibo Dental Clinic means to him, then looks at me and says: “It’s the best thing I’ve ever done…”