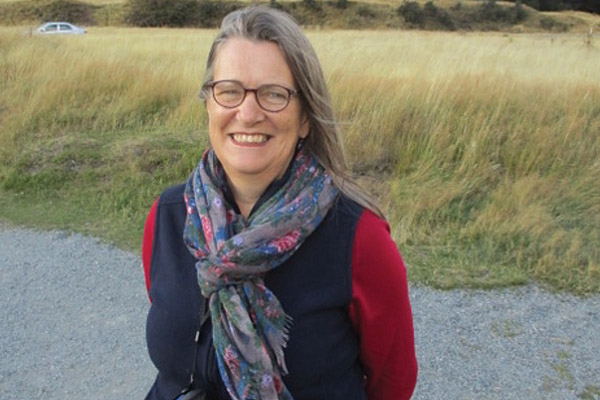 Got a story inside but wondering how to start? Be inspired by the writer’s journey of Anne Richardson, who went on to win the coveted Ada Cambridge Biographical Prose competition at this year’s Williamstown Literary Festival.

It can be that simple. A chair comes into, and then exits, a bustling family home. Impromptu choral performance on public transport. Even that oft-fraught day in December — you know, time of the ‘annual Christmas stink’. All possibilities, in writer Anne Richardson’s hands, to revere the everyday ordinary.

For as long as she can remember, Anne read voraciously. Anything — including, in her teens, a French/English dictionary laying ‘round the house. Her mother recognised the cultural poverty in the family’s working class suburban existence: ‘She put me in the way of opportunities to grow me,’ says Anne who still opens the pages of her first book, ‘Alice in Wonderland’, a present from mum.

Whether it was traipsing across paddocks at the end of her Glenroy street to the Broadmeadows swimming pool, or starting a local theatre group, young Anne was a trailblazer. After becoming dux of high school, she crossed another frontier — first in the family to reach university.

‘I was never going to be the girl to have five kids and be a stay-at-home mum,’ says Anne. Okay, now’s the time to call timeout and cue John Lennon: ‘Life is what happens to you while you’re busy making other plans.’

At 20, Anne married her childhood sweetheart. It was the start of a new chapter — that turned into a book. In the beginning, the newlyweds scratched a living out of thin air; but over the next three exhausting decades, they raised a large family of five children — ‘all sensitive, big hearts.’

‘I loved that time of my life … caring for the people I love is meaningful to me,’ Anne reflects.

Modern preoccupations can, in contrast, feel more of a distraction. ‘I can’t have too many more conversations about overseas travels or superannuation plans,’ says Anne, who’d prefer to talk about how this season’s garden vegetables are doing.

Anne worked part-time at a TAB agency until finding employment in the public service. In time, she was promoted to Professional Standards Officer, a role that relied on her ability to write with precision. After leaving, and in her fifties, Anne returned to study. Victoria University Polytechnic’s Certificate in Professional Writing and Editing seemed a good fit: up-to-date industry skills might lead to a small earner.

Creative writing hadn’t figured in the equation. ‘I’d never had an idea in my life … I’d always written about things,’ Anne says. Yet there she was — in a classroom with sci-fi and fantasy storylines pouring from the imagination of twenty-somethings — struggling to come up with a story of her own.

It was left to a writing teacher using guided meditation-style exercises to unlock experiences she could use as the basis of stories. The idea for Anne’s Ada entry was conceived here, in class, with the memory of a special chair.

In the two years that has since passed, Anne has been published twice in The Age. She also returned to the story of the chair.

It’s an exaggeration to call it a rite of passage, but for writers west of the Yarra, the Ada Cambridge Writing Prizes are an opportunity for recognition and to have work validated.

Anne took a deep breath and submitted the short story she’d written as a class assignment.

‘It’s about the chair … I can still see the chair,’ says Anne with such conviction it’s as if a grand cherry-coloured armchair has been plonked down beside us. In ‘Queen of Hearts’, this seemingly matter-of-fact piece of furniture is central to a stirring story about an unravelling, long term relationship.

Before we finish there’s that mandatory question of a writer: ‘What advice would she give to aspiring scribes?’ I have to urge a little; Anne, like many creatives, wrestles with self doubt. But it’s fair to say this writer is a fan of getting a story down without self censoring, leaving editing till later. ‘I’ve never thought of this before, but I’m thinking about that polishing bit … as a conversation between your writer self and reader self,’ says Anne. Since that eventful day in a writing class, ‘Queen of Hearts’ has been reworked several times.

Being shortlisted was enough for this new writer; winning an Ada was hardly front of mind. Anne was overseas and in the throes of return travel arrangements as Ada winners were being announced at Willy Lit Fest. Then a strange email from a teacher and friend popped up in her Inbox. The subject line read: ‘winner winner chicken dinner’. Anne had taken out first prize and was $1000 the richer for it, which serendipitously, was the precisely the price tag on her love-vested chair.

Writing may be a craft that takes time and effort to hone. But how many unique stories fail to make it past a nobody-would-be-interested mindset? Then there’s Anne’s example. She discovered writerly treasure in everyday.

More from Anne Richardson: ‘The real miracle of Christmas is getting through the annual ‘stink’’ –
https://www.smh.com.au/lifestyle/life-and-relationships/the-real-miracle-of-christmas-is-getting-through-the-annual-stink-20171218-h06mkb.html 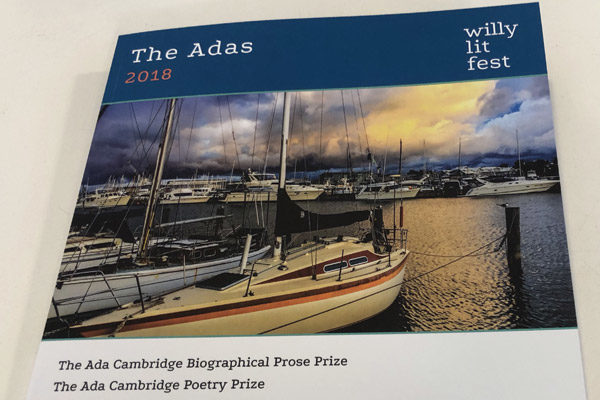 THE WILLIAMSTOWN LITERARY FESTIVAL – EVERY CROWD HAS A SILVER LINING