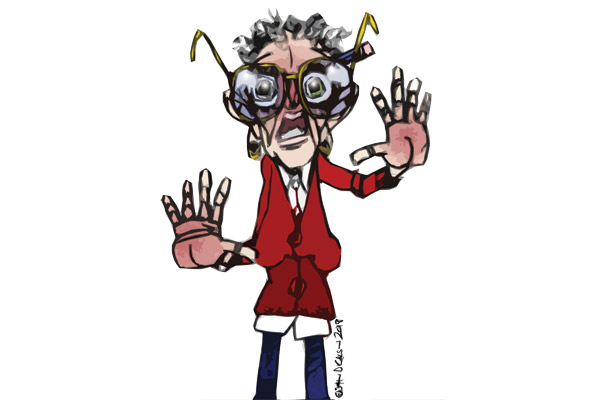 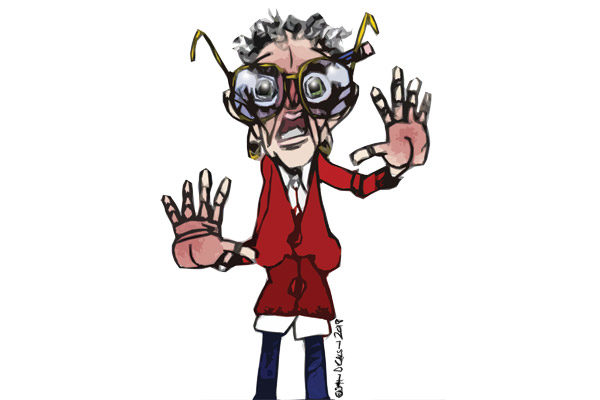 In the last issue, Mandible* did his best to explain just what the Department of Interstitial Indices was capable of. This account was as successful as he would have liked it to be – not too much. He was also opaquely transparent about the study he is to undertake for said Department – an investigation into the Seamless Leverage of Indolent Deliverable Experiences [SLIDE]. In line with the KPIs he so diligently pursues, we are none the wiser. What we can acknowledge is that he seems to have recovered well from the complete collapse of his family life and we can anticipate better news from this recalibration.

This string of invocations was emanating from an office at the end of the hall. Here is where forensic analyst Grace ‘Nightwatch’ Willocks allegedly takes shelter. I say ‘allegedly’ because Nightwatch is known widely for her ability to remain unknown. When asked, few could describe her beyond ‘average this, average that’; none could pick her out of a line-up. She prefers not to interact with other humans, hence her preference to work only at night.

But here she is, in broad daylight. At least her tremulous beseechings are echoing around the house.

Nightwatch is a genius. There is no other word for it. Her considerable mind operates best in the interstices, the gaps, the spaces between things. Her capacity to analyse the motives of intruders into those mingy spaces, the speed at which she isolates them and the ruthlessness with which she dispenses a special kind of justice to wrongdoers, is as creative as it is swift. The Department of Interstitial Indices could not function at the elite level it does without her.

When I reach her office, she is at her desk behind a steampunk computer array. She is wide-eyed and limpwaving at the floor-to-ceiling windows, feebly attempting to brush them away. Nightwatch was trapped in the morning light and was unable to move.

Occasionally this happens. Through the night, Nightwatch becomes hypnotised by what she describes as her ‘sums’. They overwhelm her – thinking in several dimensions simultaneously will do that – and she shuts down.

Her office windows face east. Every time she succumbs, the sun reliably slides across the city, along the alley below, through her window acreage and abruptly wakes her. It reboots her system by instantly forcing 1,000 W/m2 [that’s watts per square metre] through her eye sockets and into the minuscule gaps between all of her cells. Interstitial, if you like. It renders her inept and incoherent.

I quickly draw the theatre-standard heavy drapes we had installed to protect her. The light vanishes and Nightwatch returns to her version of consciousness. In the glow of her computer screens, she thanks me from under hooded eyes. Today she is using a Scottish accent. This is not her native tongue, but a device deployed to keep interlopers at arm’s length. It might be Irish one day, or a particular dialect found only in the hamlet of Bent Target at the Arkansas end of the Ozark mountains on another. They are always razor accurate.

Today, she surprises me. First, she asks after my work, but doesn’t listen to my reply. Then my family comes under her porous scrutiny. I explain the weird recent history of how my wife, Jan, had been conducting an association with my friend, Belty, on the wrong side of the doona. It was apparent that they had been at it for some time, possibly years. This brought the progenitor of my twin children into question, as they bore a greater physical resemblance to Belty than myself.

For this slap, she used an accent last uttered by a Boer nationalist in the Orange Free State in 1936. It made her summation all the more menacing.

With that, she rose from her desk, tottered across the room, collapsed onto a rickety camp bed and instantly fell asleep. There was no other furniture in the room. There were no coffee cups, no soiled plates and no water glasses – none of the detritus common in other offices. The only clue to human habitation was revealed through an open door opposite the windows. A mirror reflected a shower, some neat stacks of fresh clothing and, oddly, a copy of the Australian Stud Book next to the toilet.

I closed her office door behind me and flipped the sign to Do Not Disturb.

Nightwatch’s reaction to my reduced circumstances threw the whole miasma into a different light. Sanguinity had been my default position, until this disturbing intrusion. I had accepted that there was little I could do to alter the situation. Jan and Belty seemed to be getting along, the twins were as selfcontained as ever and I had buried myself in work I did not understand with people I did not like. Situation normal.

Clearly, I needed some answers. Who better to provide them than Nightwatch and her inestimable intelligence? After all, it was she who diagnosed me in the first place. It would be hours before she surfaced, so I made an attempt to set out on my SLIDE journey.

I sharpened an HB pencil and on a pristine sheet of A4 paper, I wrote:

I checked Facebook and found a page devoted to people accidentally hurting themselves with everyday household objects. The things people do with spoons! Hours vanished and I found myself on Twitter jousting with @indifference over the possibility of a complete collapse of the haircare industry because of D. Trump’s shenanigans in that endeavour. I offered Kim Jong-un as a possible circuit breaker, but @indifference couldn’t care less.

Then I heard Nightwatch stir. I made my way to her office and the sign on the door had been flipped to ‘Come in, but you’d better really mean it!’. To be continued.

*Possibly not his real name.