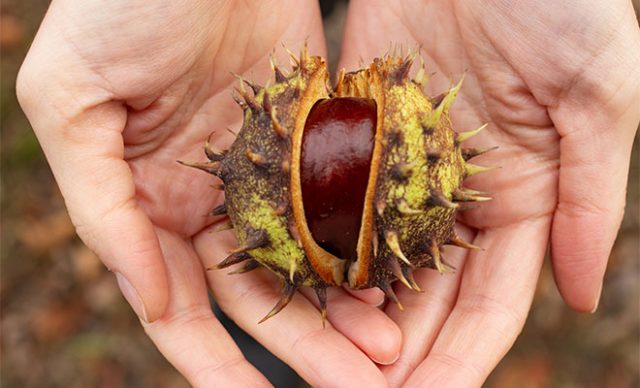 This time of year Melbourne’s western suburbs waft of roasting chestnuts. A comforting scent that embodies the flavours of Autumn. But can you imagine a time when whole forest-dwelling communities in and around the Mediterranean’s mountainous regions relied on the sweet chestnut as their primary source of carbohydrates?

In 1583, Charles Estienne and Jean Liébault wrote that “an infinity of people live on nothing else but (the chestnut)”. In 1802, a Tuscan agronomist commented that “the fruit of the chestnut tree is practically the sole subsistence of our highlanders”. And in 1879 it was said that chestnuts almost exclusively fed entire populations for half the year, as “a temporary but complete substitution for cereals”. Chestnuts even powered a Greek army as they retreated from Asia Minor in 400 BC. The advent of the industrial revolution in Europe gave way to easy access to white flour and saw popular opinion turn on the chestnut. The chestnut’s reputation changed from essential staple to the food of the impoverished, blamed for sallow complexions and bread that did not rise.

Fortunately, that reputation did not besmirch the chestnut over in Asia Minor, where it originates. Countries like China, Turkey and South Korea have led chestnut production since the 80s and this mighty nut still plays a significant role in culinary traditions. For example, in Japan, Chestnuts (Kuri) are served as a New Year symbol of hard times and success, the way to mastery and strength.

The chestnut’s historical importance in the story of Roman and British colonisation is displayed in the abundance of sweet chestnut trees across Europe and the chestnut centurions shading visitors to Commonwealth botanical gardens around the world, from the hill stations of the Himalayas to Nepal, Bhutan and Southern Africa.

Chestnuts were first introduced to Australia by early migrants during the Gold Rush of the 1850’s. As the Greek and Italian communities grew post WWII, chestnut plantings increased, with the establishment of commercial industry in the 1970s. Today there are approximately 300 chestnut growers across this fair land, with 75% produced in North East Victoria. Australian chestnuts are unusual in that the fuzzy crop falls naturally to the ground on maturation.

Chestnuts have experienced a resurgence. No longer relegated to a tasty late Autumn snack roasted amongst the coals, they are now eaten year-round in various forms, marketed as a healthy, locally-grown, gluten-free carbohydrate.

Pick some chestnuts up from your nearest farmers’ market or independent grocer. Remember to score them before roasting in a pan, or boil them Chinese style for a delicious, more-ish snack.