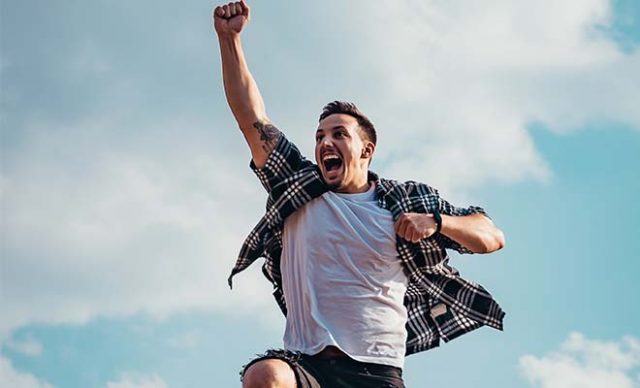 I’ve noticed over the last couple of years that everybody seems to be obsessed with the concept of “winning”. Unfortunately the creep of Trumpism has taught us that the art of the deal is to divide the players into winners and losers, an ideology that reinforces that you can only be one of these two, so naturally, you must be the winner. It also leaves everyone constantly wary and in fear of being ripped off.

I’ve always believed that a “good” deal is one where there is something in it for everyone. What kind of person gets a rush from screwing someone over? We can all win; that I feel is the Australian way, a fair go for everybody.

Just as I was ready to start banging away at the keyboard about the degradation of the social democratic foundations of our society and how we, believe it or not, are not the newest state of the USA, I heard this story.

Someone I know well was an eBay newbie, and listed for sale a few stamps they had inherited. They looked old, but having no idea of the value they started their listing at $10 thinking, who knows, maybe they’d get $20. Almost immediately they received a message through the system;

“Hi there, would you do a buy it now price for this lot?”

Thinking this person was pretty keen, my friend responded with;

“Sure, how does $30 sound”, not wanting to push their luck too far.

The buyer agreed, paid the $30 plus a few extra bucks for postage, and that was that. The stamps were packed and sent off, and my friend looked around the house to see what other junk they had that people might want to buy, promptly forgetting about the whole thing.

Two weeks later an unexpected registered post letter arrived. Inside was a note:

“Thanks for the stamps, upon receiving them I can see what I suspected from your photos which were quite dark, you had a bit of value in that lot, in fact I would have offered more than $30 if I’d known for sure, I would have even paid $130.”

Neatly folded inside the envelope was a crisp $100 note.

That story made me smile. One person had a sharp eye and knew their stuff, but was ultimately happy to share, reminding us that not only are we rarely playing for sheep stations, winning doesn’t have to be at the expense of others, it can actually include them.

Trump would have hated that deal.