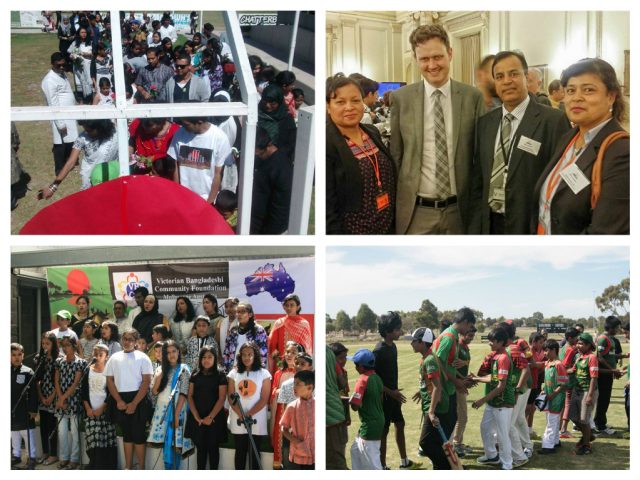 Languages are the most powerful instruments for preserving and developing our tangible and intangible heritage.

Promoting the dissemination of Mother Tongues encourages linguistic diversity, multilingual education and helps to develop an awareness of linguistic and cultural traditions throughout the world. This can then inspire solidarity based on understanding, tolerance and dialogue.

It was on this date in 1952, that Bangladeshi students were shot dead by police at a demonstration to have Bengali recognised as one of the two national languages of East Pakistan. The students from the University of Dhaka, Jagannath University and Dhaka Medical College were killed outside the Dhaka High Court in the capital of present-day Bangladesh. In the world’s history, no other nation has had to struggle so much, and shed so much blood, to be able to hang onto their right to speak their mother tongue.

This day-long event on 21 February 2016 was held at Glen Orden Sports Club, Werribee.

On 24 February 2016, the VBCF and Western Region Bangla School participated in the “2016 International Mother Tongue Day” event at Parliament House in the presence of Multicultural Minister Hon Robin Scott to celebrate the International Mother Language Day and to promote “Speak My Language” project.

A DICTIONARY OF BETTER WORDS

FROM RAT RACE TO VILLAGE LIFE AND BACK AGAIN