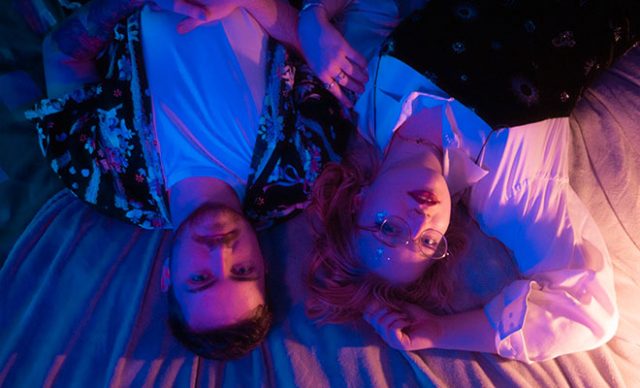 Glass House alt-pop duo Paula Maki and Joel Batchelor, recently released single ‘Freya’ is the first song the duo has worked on together since their debut earlier this year. The single has undergone many iterations over the course of its two year inception. They finally feel like they’ve got it right this time.

Though the pair’s methodology for song-writing has remained the same; Freya promises something different. It holds the form of a heartfelt and soft to the touch ballad which ultimately explodes into an energetic, halftime break which has turned heads. The sounds of Paula Maki’s (Meraki Minds) ensemble of vocal hits and harmonies promise to enthral its audience listen after listen.

Writer and Producer Joel Batchelor says, “This is definitely the best incarnation of our sound so far. As soon as the drop came together, I knew we had an absolute slapper on our hands.”

Like most of Glass House’s songs, the lyrics come from real life experiences of Paula. This is due to her ability to find solace in pouring her heart into meaningful and deeply personal, yet relatable songs.

“My lyrics, to me, are like a journal. I scour the contents of my brain from day to day and try and place my thoughts in front of me to see if I can get them to make sense… then Joel appraises them, and we can start making a track,” said Paula.

“I have honestly never sent lyrics back to Paula, her ideas mesh well with my instrumentations from the get go … I guess that’s a happy consequence of working alongside each other for so long,” said Joel.