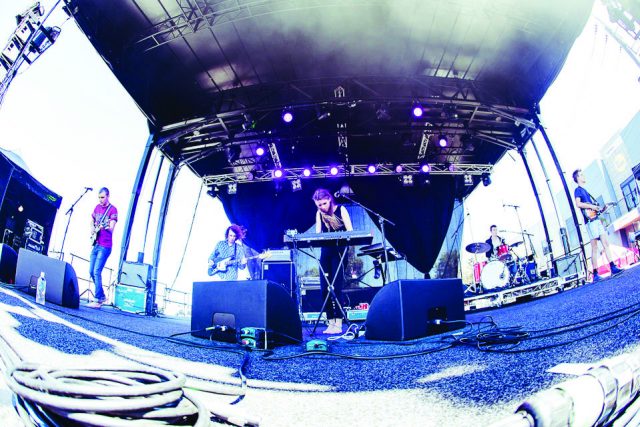 There is something about an urban music festival like St. Jerome’s that makes a ‘Westie’ like me stare at my own smile in the mirror in anticipation.

And as a Westie, why wouldn’t it? The best emerging musical talent from Australia and the world invades Footscray for a day. And Footscray embraces the festival. It is as if the Footscray Community Arts Centre were designed with this in mind. The streets, art and the Maribyrnong come together with stage and sound to create an atmosphere unique to the West. Throw in the local mayor and Uncle Larry Walsh and suddenly it’s not just a festival but a local celebration. And the actual music was damn fine too!

International acts The Internet, Churches, Grimes, Purity Ring, Metz, Hudson Mohawke and many more give that panache a festival goer craves. But as I always come to realise, it is the local acts that make you come back for more. Flume, Violent Soho (wow!), The Smith Street Band (Will Wagner could see his house from the stage), Banoffee, DMA’s and Methyl Ethyl all melted faces with their own unique live performances.