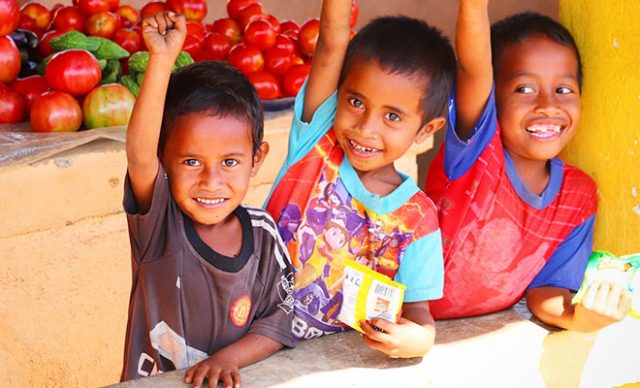 The Sun Theatre have been visiting Timor-Leste for several years, showing movies across the island nation via their Screens Without Borders initiative. It started out as Cinema Lorosa’e – a simple, single screen, and has now expanded to Papua New Guinea and the Northern Territory. They recently participated in the Dili International Film Festival, and partner with non-government and community organisations, combining the showing of movies with important health and welfare content which are often interactive and timed to coincide with related community activities.

Timorese locals are employed to show free shorts and movies across Timor-Leste in the smallest of villages, providing popular films in a relaxing family friendly environment. Outdoor cinema is well suited to the balmy Timor evenings and makes the most of the country’s great public spaces. Locally produced short films are often shown before the feature – in some communities, these are the first time they have seen locally produced content in their own language. The Sun team have since fallen in love with the country and its wonderful people, and The Westsider is pleased to present a personal account from the Sun’s very own Krissa Jansson.

Timor-Leste is Australia’s closest neighbour and one of the world’s youngest countries, and yet, so many of us are yet to discover this magical island. The two most frequently asked questions prior to my visit were ‘is it safe?’ and ‘how do you get there?’. In short, yes, it’s safe and it is a one hour flight from Darwin.

Timor-Leste has unspoilt mountains, crystal clear waters, gorgeous beaches, and some of the best diving in the world on Atauro Island. Dili, the capital, is not unlike any other busy south east Asian capital city, it’s chaotic, fun, stimulating and fascinating, with many reminders of their hard fought independence, but it is when you venture out to the districts and villages that you get a taste for the real Timor Leste. Driving slowly for hours along potholed, unmade roads in a four wheel drive gives you the opportunity to really soak in what life is like for the Timorese. It is primitive and people may not have access to the western facilities and luxuries that we do, yet I have never come across a nation of happier people.

The local language is Tetum, and with little English spoken outside the capital, communication is generally via waving and giant smiles! Local food is generally by default all organic and a stop at some of the roadside markets will reward you with tasty, fresh, organic produce. A trip to Timor-Leste is not complete without a visit to the incredibly raw, unspoilt and beautiful Atauro Island, where its waters have more species of reef fish per site than anywhere else on the planet. Throw in a whale, dolphin and dugong and it is a diver’s paradise! Our accommodation of choice was ‘Barry’s place’, an eco lodge situated on the beach, which was possibly one of the simplest, most serene and calm places I have ever stayed. A hut with no electricity, a book, no wi-fi, and a fresh coconut to sip on was, to be honest, complete bliss!

One of the most impressive parts of my travel to Timor Leste was visiting and examining some of the social enterprises and programs currently in place; encouraging, teaching, mentoring, helping, and nurturing the local people in ways to positively change their community. From Agora Food Studio, who are training young Timorese in food, hospitality and coffee production (one of Timor’s other main industries is coffee), Boneca de Atauro and Alola Foundation, who are both places where women find their space, their dignity and their economic independence through craft (including traditional tais weaving), and in Balibo, where Williamstown locals have set up a dental clinic to help with the oral health of the Balibo community by providing free dental treatment and community education and preventative programs. (There are only 5 dentists in the whole of Timor.)

Tourism is not that visible in Timor-Leste yet, which makes it the perfect time to visit this brand new beautiful tourist destination. Tourism can help build a sustainable, diverse economy and furthermore capitalise on the country’s abundant natural resources, both human and physical.

As a general rule, tourism and hospitality employs 70 percent women and 30 percent men, and research shows that if you wish to build a prosperous developing nation, employing women is the key, making tourism an extremely positive way forward for this developing and young nation.

The Timorese people are quite rightly incredibly proud of their beautiful country and what they have achieved in such a short time since independence. A growing tourism sector will help promote Timor-Leste to the world and share its story, beautiful sights, sounds, culture and smiles! Timor, you have my heart and I know that I will definitely be back.

THE MORE THINGS CHANGE… THE MORE THEY STAY THE SAME?