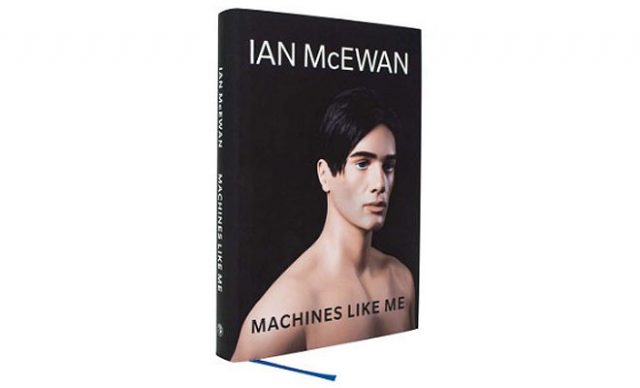 It is sometime in the 1980s. Margaret Thatcher and Tony Benn fight over No 10 and the Falklands war is lost.

Charlie is a life non-combatant. The idea of hard graft appalls him. When his ship comes in, he decides to buy a robot, Adam. Yes, Adam. They had run out of Eves [passingly, I wonder why?]. Charlie is in love with his upstairs neighbour, Miranda. Miranda is a dedicated student. The pair decide that a well-rounded Adam would benefit from input from each of them when it comes to deciding his personality. Charlie and Adam’s relationship is challenged when Miranda decides to test the robot’s ahhh, talents. Miranda has another secret. She has seen off an assailant who is enjoying the porridge served up by HM the Queen at one of her darker facilities. While he may be guilty of a sexual assault, it wasn’t this one. Throw in a curious resurrection of Alan Turing, the man who won WWII off his own boot and author of the famous quote, ‘Can machines think?’, which is why he is here.

Isaac Asimov taught us that a robot may not injure a human being. It must obey orders given it by human beings and must protect its own existence as long as that is not in conflict with the other laws.

Gallops along in the sure hands of a master. Perhaps a master on the wane. JD