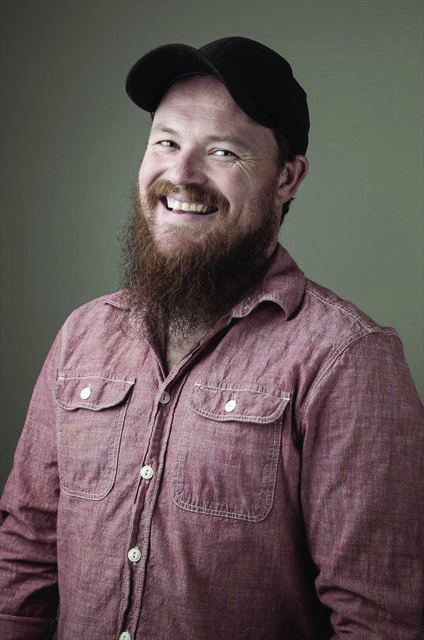 I was speaking to a friend recently about work, what it meant and how the employment marketplace has changed in some quite baffling ways. As an artist who has to sustain income with any means of bread and butter opportunities, I have an eclectic and potentially unbelievable work history. Employers often question the accuracy of the variety of roles I claim to have performed for cash.

To even swing a mop in modern society, it is expected that first you submit a resumé detailing your suitability in relation to key selection criteria: “Well, I can fill a bucket with detergent and hot water without drowning and I understand the basic principles of surface coverage for the outcome of maintaining clean floors.” Such an applicant will more than likely be deemed a disruptive character, rather than a likely custodian of cleanliness with a squeaky sense of humour.

The now dominant and seemingly abiding process of work attainment is quite a sick approach to human faith. And I don’t mean the type of faith critical to those amongst us with supernatural proclivities and churches to attend (watch out they will sneak in with the normal people). What happened to the pragmatic ‘suck it and see’ philosophy of giving someone a chance?

As a kid and young adult, I lived in a period where I could reasonably knock on local business doors and see if they needed work. These included selling newspapers at the age of eleven at The Royal Hotel in Essendon (can you just imagine a pocket money job like that being allowed in this day and paranoid age?), cleaning a health food store, shelving books at the library, and the obligatory hospitality merry-go-round. I’m not sure what the current criteria are for selling footy records and packing show bags, but I hope it doesn’t include frisking and a personality quiz.

For those who could rely on their personalities and making that all important impression come the interview, even that avenue is being squeezed shut like a tuberous artery in the life that became a fast food nugget. Algorithms (look behind you!) will see your application dismissed on account of too few crucial word identifiers. It is the exit meeting you have before you even get an interview for a job you will never carry out. In addition, you are not personally invited, and someone or some thing that has never heard your voice, or seen your face, or considered your boring hobbies decides you are not right. Not right for them anyway.

Still makes you feel a bit shit though. Especially when you know your hobbies rock.

Well eat a big steaming bag of poo I say. Since when did bread and butter jobs become a life of matter and death for the employer? I sense our deadshit politicians are pretty keen for us to be scared of each other and particularly those proper “others” because the Australian way of life is under attack and we have to be vigilant, even in the workplace you know. But come on: does your average worker need to be exposed to such levels of scrutiny, postulation and probing? And that’s before they even hate the job properly, because how many people honestly go to work like it is a lovemaking session?

If these standards were working, surely productivity would be benefiting and job satisfaction would be fulfilling to overflowing and the workforce would be… No, a lot of it is just average work. Always will be. And that is fine. Most people are never going to love their jobs even if all the cold measurable factors suggest they are among the perfect candidates for what they do.