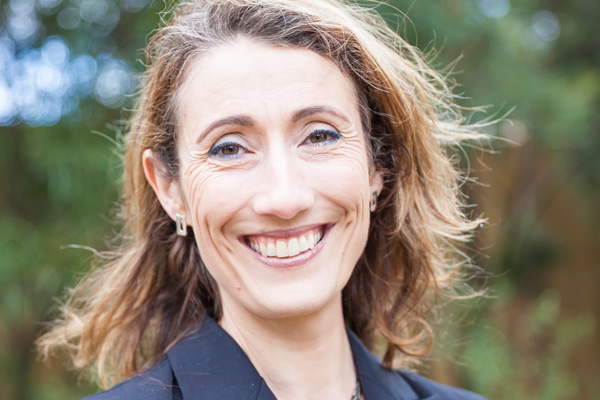 The West Welcome Wagon (WWW) is a not-for-profit organisation that assists asylum seekers within the Western municipalities. Recently winning the 2015 City of Maribyrnong Civic Award in ‘Emerging Communities Group of the Year’, what began as a Facebook page requesting spare goods soon transformed into a volunteer group with almost 4000 members.

Mia McGregor, the founder of WWW, discussed her ideas, expectations, memories and overall contribution since the creation in September 2013.

“On my Facebook newsfeed I had seen friends offering to donate or deliver essential items to refugees. What a great idea I thought,” said Mia.

Ms. McGregor then noticed a request to help asylum seekers who’d recently moved to West Footscray, as they slept on hard floors in an unheated house without beds and curtains.

“My family donated bedding and I asked the wonderful people of the Facebook page Inner West Melbourne Buy Sell Swap (IWBSS) if they had anything to spare. My porch was soon filled with fresh fruit and vegetables, canned goods, mattresses, pillows, a mop etc. We delivered it and it was such a good feeling.”

The outpouring of support from IWBSS demonstrated the generosity and willingness of locals to help those feeling “very isolated, lonely and depressed”.

“In creating West Welcome Wagon I was the instrument of our community members’ desire to help their neighbours, and to feel that they could make a difference in this awful political climate that has gone on and on.”

WWW was initially focused on the Inner West of Melbourne, but it became evident that there was high demand across all Western municipalities. With the amount of supplies and support that the organisation soon received, expectations were being surpassed. The corresponding award from the City of Maribyrnong is justification for all the hard work in the past 18 months.

“To be awarded as such a young organisation shows how much WWW has been embraced in the West. It’s also recognition of how great the need is, and it is really encouraging to know that the City of Maribyrnong sees the needs and sees the value in what WWW is doing,” said Mia.

When asked about Mia’s most memorable individual story, she discusses the day she went to meet her first household of asylum seekers. They weren’t home, lost in Melbourne without English speaking ability, but Mia looked into the windows and was shocked by the living conditions.

“There was nothing. Nothing; 3 rooms all utterly empty. Still today it breaks my heart that they had no beds, no bedding, no cups, no chairs. It turns out they had no electricity either, 6 weeks after having moved in. This must not be, I thought. The community agreed.”

Working with the WWW is voluntary; nobody gets paid, all assistance is performed in spare time and contributions are made from households and generosity. Mia spends two to three hours per day with WWW tasks that include checking the online pages, interviewing and preparing new volunteers, creating strategies to fulfil requests, meeting supporters such as the Department of Justice and Regulation Victoria, touching base with the committee and providing input for decision making.

But the founder isn’t limited to the office work, also riding along with large goods drivers to see the delivery to asylum seekers first hand.

“To visit a home that was almost bare, the woman teary, the daughter recently arrived from the tropics with no suitable warm clothing, no fridge, no food, and no toys. And then to leave them smiling with so many of those things that are not only important to the body, but also to the spirit.”

As asylum seekers are on Bridging Visas they can’t work and have low income, so circumstances remain dire even once housing has been established. The WWW’s first priority is to provide a bed, linen, a food hamper, a fridge and a friendly connection with the volunteers.

“These are people who have been in detention, often for very long periods of time, and are carrying long-term trauma with them as well,” said Mia, citing the difficulty of moving to a city where they don’t know anyone, or the system they’ll live within.

The West Welcome Wagon’s provision has not always been easy. In early 2014 a trailer that delivered goods was stolen, but Mia acknowledges that obstacles are a natural part of proceedings. After the theft, prisoners from the remand centre in Ravenhall built a trailer that was “bigger and better” than the original, demonstrating once again the widespread support from the community to ensure asylum seekers are assisted in every way possible.

WWW is currently facing an influx of referrals as families are moved out of detention, so transporting essentials such as bedding immediately provides constant challenge. But with the amount of people willing to help, Mia is always positive about the capabilities of the organisation.

“I think there are just so many people in our community who are angry and frustrated at what’s going on with the asylum seeker policy in Australia, but feel helpless to do anything about it. Most people say this gives them a very real, very practical way to do something about it and show asylum seekers and the broader community that so many Australians are welcoming and want to help those who come to us in need.”

“The tasks people are involved in are really only limited by their skills, time and imagination – if someone is keen but doesn’t know where to start, we would love to hear from them and see what they have to offer.”

All necessary information is connected to the Facebook page, where collectors update posts in regards to what is needed and donators can upload pictures of the goods they would like to offer local asylum seekers. Anything from beds, linen, fridges, food, furniture, pots and pans, appliances, clothing, toys, bikes, tools and other specifics that are on request (for example a calculator for a student and soccer boots for a child wanting to play for the local team) remain essential to sustained living and happiness.

“Delivering a bed to a family who has been sleeping on the floor for a week, and seeing the relief and gratitude for something so simple but life-changing, is one of the most rewarding things a WWW volunteer can do.”

Despite the accolades and the progress made in the past year and a half, what does WWW still need?

“We are always seeking people who can volunteer on a regular basis to pull our wagon with their own car, and those who can ride along and assist with the lifting. We are also seeking a warehouse or other large storage area, where we can bring our large goods to be sorted, allowing us to accept many more donations. More regular drivers with tow bars and more storage space would make us much more effective.”

Mia constantly thanks a community that she describes as amazing and generous, never having imagined how far the WWW would come in providing for people that face constant difficulty and the stresses of moving to a foreign environment with little more that the clothes on their backs.

“The spirit of caring, of giving in the West, it’s like nothing I’ve ever encountered before. WWW has grown in ways I could never have imagined, and it is evidence of the incredible community support.”

To offer assistance, please visit the Facebook page at www.facebook.com/groups/WestWelcomeWagonRefugeeSupport

Chris Sutton is a freelance journalist and a Bachelor of Communication graduate seeking further work in the industry. He can be contacted at chris_sutton@live.com.au

MELBOURNE, A PEACEFUL NEST FOR THE REFUGEE BIRDS

THOSE THAT WALK AMONG US